Mbande accepts they are in 'difficult group' in Tokyo 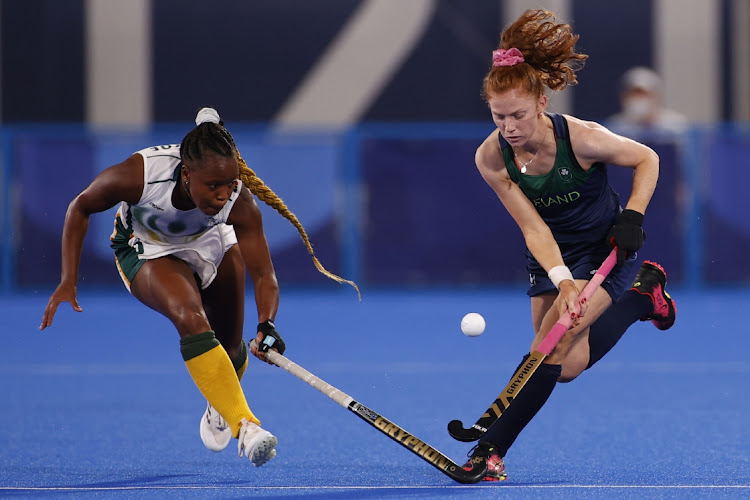 The SA women's hockey team is the lowest-ranked team in Group A at the Tokyo Olympics, and they have a mammoth task to qualify for the quarterfinals after starting their campaign with a 2-0 defeat against Ireland on Saturday.

They will play against Great Britain at the Oi Hockey Stadium in Tokyo tomorrow at 11.30am SA time.

Goalkeeper Phumelela Mbande,  the joint flag bearer for SA with swimming sensation Chad le Clos, said they want to use the opportunity to make history in the sport as they were absent from the previous Games.

Mbande, 28, added they hope to do something big in the tournament to inspire the young generation at home.

She dedicated her role of being a flag bearer to all the black females in SA and sport.

“It is an honour, and it means a lot to me. I never thought it would happen to me at my debut Olympic Games. It is an exciting period not for me only, but for my sporting code and the black females in SA. It is a huge feat, and I am proud and hope to have a great competition.”

SA are in the group of death with the Netherlands, India, Ireland, Great Britain and Germany. The top three teams will advance to the quarterfinal.

If Team SA can find a bright side to their underwhelming opening day of the Tokyo Games on Saturday‚ it’s that it can only get better.
Sport
9 months ago

In 2016 in Rio de Janeiro, SA won 10 medals. But two of the previous podium finishers – Caster Semenya and Luvo Manyonga – are not part of the team ...
Sport
9 months ago
Next Article