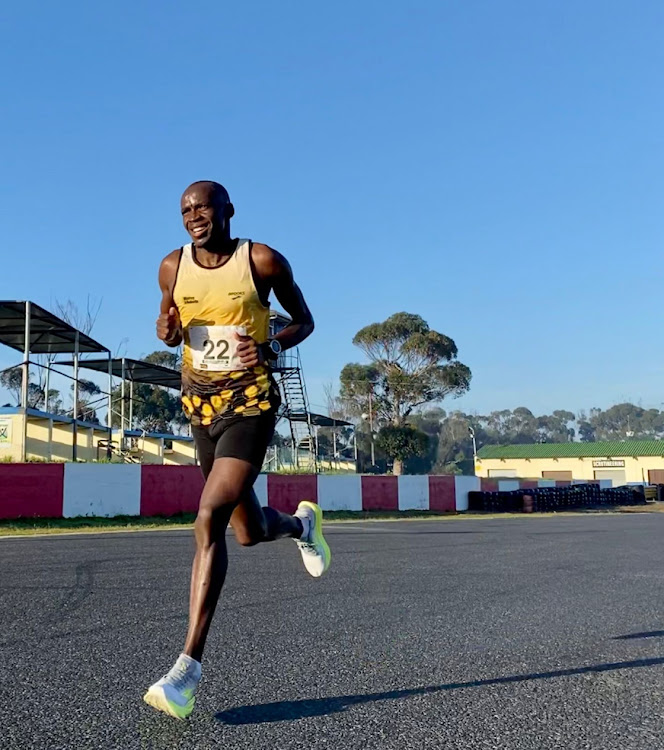 Prominent long-distance runner Philani Buthelezi cannot get over the disappointment of his failure to qualify for the Olympic Games in Tokyo, Japan.

The 26-year-old KwaZulu-Natal-born athlete will now watch the Olympic Games on TV, applauding efforts of fellow SA athletes from  the comfort of his home when competition in athletics begins today from 1pm, SA time.

The Gauteng Athletics North (AGN) runner suffered heartbreak when he failed to qualify for the 42.2km at the Retail Langa Marathon in the Western Cape in May.

He ran 2:13:15 when he finished in sixth place, missing out on his last chance to qualify for the Olympic. The SA men's standard for qualifying is 2:11:45.

SA will be represented by Stephen Mokoka, Desmond Mokgobu and Elroy Gelant in the men's Olympic marathon.

Apart from the Covid-19 pandemic canceling out local marathons, Buthelezi blamed lack of resources to secure races overseas, where he had hoped to qualify.

“I wanted to qualify for the Olympics, and there were no qualifying races locally. I am gutted as I continued to train and did not take a break during the lockdown. Covid-19 affected us as runners because we could not train properly. We could do some races with the much-needed prize money, but there were none. We did not get enough support in terms of getting the races," he said.

Buthelezi told Sowetan that he is battling to recover from the disappointment of missing out on the Olympics. “I gave it my all but could not run the qualifying time. I think that I was not 100% prepared on the day of the final marathon. I was close to run the 2:11:30 and I cannot get over the disappointment. I failed and wished I could get another opportunity to give it a try."

He vowed to come back stronger and qualify for the World Championships in the US next year.

“All I can say is we tried, but we didn't make it. As much as it hurts and struggling to get over the heartbreak, it is time to go back to the drawing board and shift my focus on the World Championships and the future Olympic Games. Age is still on my side, and if I work hard, I can qualify for future Olympic Games."

Tatjana Schoenmaker set an Olympic record in the 100m breaststroke heats in Tokyo on Sunday, taking pole position ahead of Monday’s semifinals.
Sport
1 year ago

Triathlete Henri Schoeman is cautioning about expectations for his race at the Tokyo Olympic Games on Monday‚ saying he’s unsure if his body will ...
Sport
1 year ago

Swimming sensation Chad le Clos will carry the hopes of SA on his shoulders in Tokyo, Japan.
Sport
1 year ago

Nompumelelo Mjadu, Sipho Lushaba, Mbali Zulu and Sandile Sikhakhane remain unshaken and coolheaded despite widespread criticism of their design of ...
Entertainment
1 year ago
Next Article