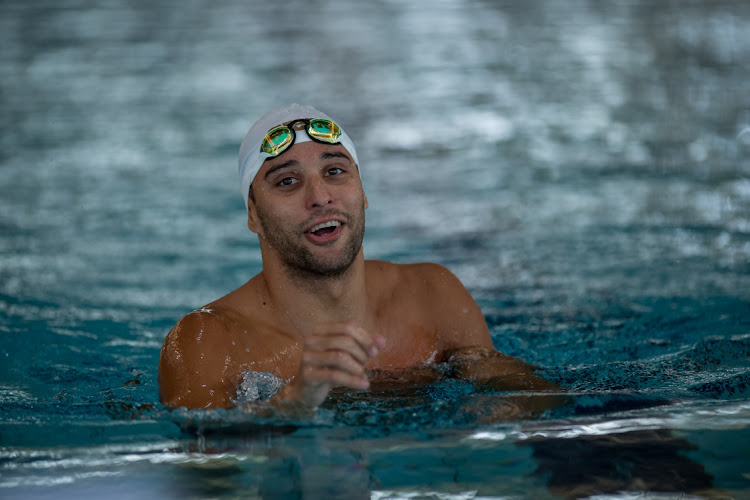 Chad le Clos in action in the Men 100 Meter Butterfly event during day 5 of the 2021 SA Senior Swimming Championship at Newton Park on April 11, 2021 in Port Elizabeth.
Image: Anton Geyser

Le Clos and Mbande will lead SA at the opening ceremony at the Olympic Stadium in Tokyo today at 1pm, SA time.

It would be the first time that two participants, a male and female, carry their national flags for their countries at the opening ceremony, after the recommendation by the International Olympic Committee (IOC).

Le Clos, 29, has won four Olympic Games medals to date, and he has the potential to add to his medal tally in Tokyo. He's leading out his country for the first at the opening ceremony.

Mbande, 28, made her debut for the SA national team in 2013, and the honour of flying the flag for her country at the Olympic Games will rank as the highest achievement for the chartered accountant in her hockey career.

Hendricks, who arrived in Tokyo earlier in the week, congratulated the pair and wished them well in their biggest moment in their sporting careers.

“It was difficult to decide who will carry the flag in the Opening Ceremony. Both Chad and Phumelela are role models and inspirations for their respective sports, and we are proud to have them carrying the flag for our wonderful nation," he said through the Sascoc media platform.

In 2016 in Rio de Janeiro, SA won 10 medals. But two of the previous podium finishers – Caster Semenya and Luvo Manyonga – are not part of the team ...
Sport
1 year ago

A defensive approach rendered SA Under-23 team impotent as they suffered a 0-1 defeat to hosts Japan in their opening Group A fixture of the Olympics ...
Sport
1 year ago

Prominent long-distance runner Irvette van Zyl has an unfinished business at the Olympic Games in Tokyo, Japan.
Sport
1 year ago

There is barely time to reflect on their CAF Champions League defeat for Kaizer Chiefs stars Nkosingiphile Ngcobo and Reeve Frosler, as they have to ...
Sport
1 year ago
Next Article