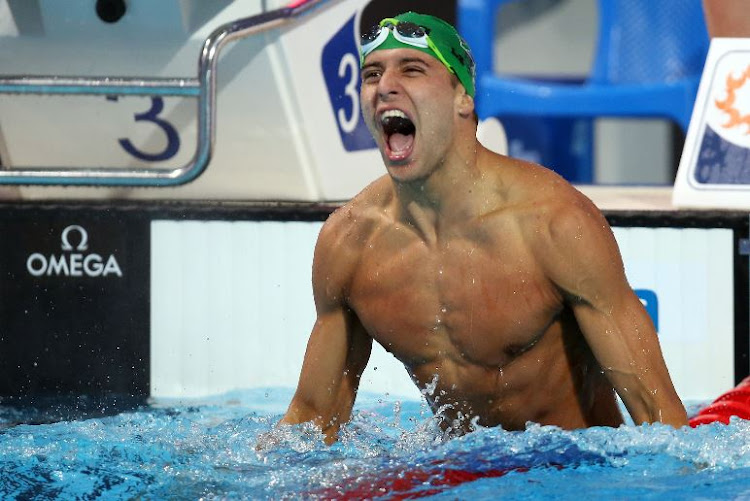 For the first time in Games history the International Olympic Committee (IOC) is allowing two flag-bearers — a man and a woman — as part of its gender-balanced drive that will see women making almost 50% of participation numbers.

Le Clos‚ who is attending his first Olympic opening ceremony at his third Games‚ described his appointment as an honour. “It’s such a big deal‚ I think it feels like a gold medal in itself.”

The last time Le Clos and Mbande attended an opening ceremony together‚ at the 2010 Youth Olympics‚ there was nearly a disaster when a bridge sank into the water‚ nearly tipping over.

The two South Africans were near each other at the time‚ knee-deep in the water‚ and Le Clos played a part in calming the situation‚ shouting to fellow athletes to stop moving so the platform didn’t capsize.

Le Clos‚ who has four medals from the past two Games‚ was unable to attend the ceremonies for London 2012 and Rio 2016.

In London he was in action in the 400m individual medley on the Saturday‚ and in Brazil he competed in the 200m freestyle on the Sunday.

This time Le Clos‚ 29‚ dives in for the first time only on Monday night‚ in the heats of the 200m butterfly‚ although he would have liked to do the freestyle again‚ but discovered this week that he hadn’t been entered.

“My choice would have been to swim it‚” he said from Tokyo on Thursday. “Now we just move forward to the two butterfly races.”

“I feel good … I think I’m in the best shape I’ve ever been in really for the 200 ‘’fly. I’m coming up against guys who’s smashed Phelps’s world records. On paper I’m a huge underdog‚ I’ve got no chance‚ it’s a David versus Goliath situation‚ but I relish those situations.

Le Clos said he was confident he could swim his personal best times next week. “I don’t really care too much about time‚ but I think to medal I’m going to have a PB in both races because the world has moved on.”

He added he was part of an excellent swimming team‚ describing Tatjana Schoenmaker as a superstar destined to do “special things this week”. ​