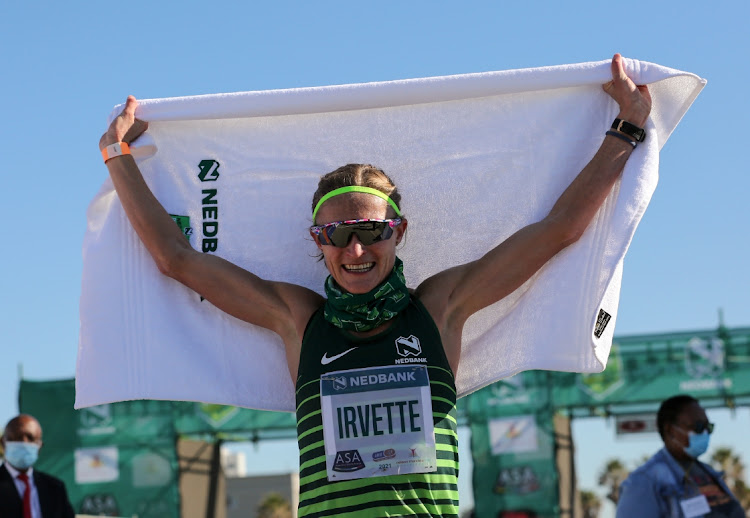 Irvette van Zyl smashed the 50km world record when she came in first in a time of 3: 04: 23, at the Nedbank Runfied 50km race.
Image: Werner Hills

In the Rio 2016 Olympics, the 34-year-old Nedbank Running Club star failed to finish her 42.2km marathon due to injury. Her main goal is to complete the race and take it from there, and she is better prepared to face that challenge.

The three-time Soweto Marathon champion will line up in the streets of Sapporo in Japan on August 7 for the women's marathon. She will be in the company of her teammate Gerda Steyn, and she told Sowetan that she is hoping to have a memorable race.

“The goal is to finish the race and give it my all. My coach Nick tells me to work hard and focus on the goal. I will be running with Gerda, and I hope that the two of us will enjoy the race," said Van Zyl.

Van Zyl qualified for the Olympics in Italy in April. She clocked 2:28:40 to finish in 13th place in the Xiamen Sienna, Tuscany Elite Camp Marathon Siena.

She said her retired 400m hurdles husband, LJ van Zyl, is doing a good job taking care of their two kids as she prepares for the Olympics. “LJ is a loving husband and supports me and knows how much I want to run at the Olympics" added Van Zyl.

Celebrated long-distance runner Irvette van Zyl is looking forward to the return of the Spar Women's 10km Challenge after a one-year absence due to ...
Sport
10 months ago

After experiencing their first road race of the year since the lockdown at the Central Gauteng Athletics (CGA) 21km provincial championships in ...
Sport
10 months ago

South Africa’s speedsters have achieved an Olympic first by filling all nine spots available to them across the three men’s sprints for the Tokyo ...
Sport
10 months ago
Next Article