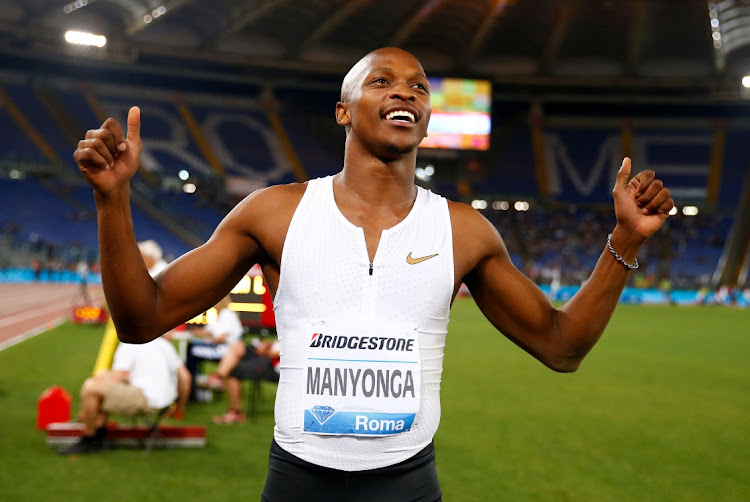 Disgraced long jump star Luvo Manyonga has finally broken his silence about his four-year ban for a doping violation.

The 30-year-old Olympic silver medalist had gone underground and suffered a relapse missing out on the opportunity to qualify for the Olympics.

Manyonga wrote on his social media account that he is ready to face his inner demons, and apologised to his family and friends.

“From the sincerest part of my heart, I want to take this opportunity to apologise to my family, supporters, followers, and every person in this world that believed in Luvo Manyonga," said Manyonga.

“I am in the process of working on myself and fixing my innermost demons."

“I sent a team to Paarl [Western Cape]. They met with his father, sister, and other members of the family. They spoke and agreed that he must write an affidavit to say that he needs help. We told him that he must commit himself and we will take things from there,” said Moloi.

“We found him and told him our door is open. We will not give up on helping the young man," Moloi told Sowetan.

His manager Lee-Roy Newton said it is not too late for his former client to get help. “It is sad to hear what has happened to his career. He is an individual that is dealing with addiction. His drug addiction needs treatment, and he needs to get his life in order. He must be healthy as a human being before he can even think of athletics again."

Newton said Manyonga is facing a mental disability and reaching out is the first step to get help.

“Addiction is a mental disability and needs professional support. Luvo must decide whether he wants help or not and say, I want to be rehabilitated. You can only get into this stage if the individual is ready to go through the process. Nobody has failed him. It is just that his addiction is so far down the line and it is hard to get out by himself. It is not too late. He is alive, and he is an intelligent person," Newtown said.

Long jump star Khotso Mokoena says local athletes do not take doping seriously and that a system must be put in place to educate them about the ...
Sport
10 months ago

Troubled long-jump maestro Luvo Manyonga has been banned for four years for a doping violation that in the end he didn’t even try to contest.
Sport
11 months ago