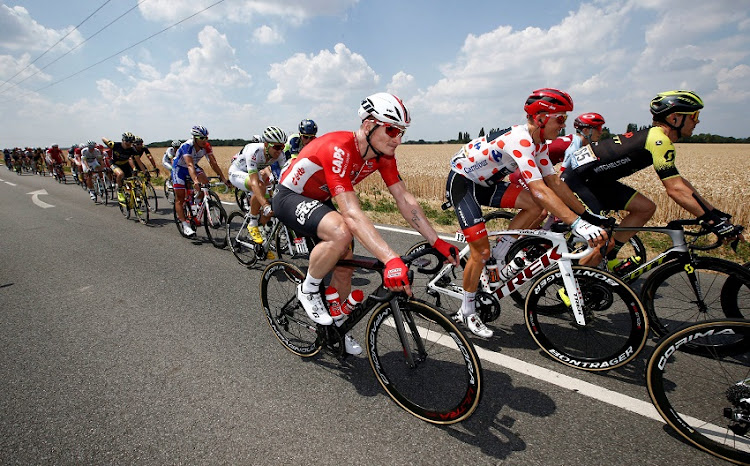 French prosecutors have opened a preliminary investigation into doping allegations against Tour de France cycling team Bahrain Victorious after police searched the outfit's accommodation and bus on Wednesday following the 17th stage of the race.

The prosecutor's office in the port city of Marseille said the investigation was into "acquisition, transport, possession, import of a prohibited substance or prohibited method for use by an athlete without medical justification."

Bahrain Victorious said in an earlier statement: "On the eve of Stage 18 of (the) Tour de France, Team Bahrain Victorious were subject to an investigation by French Police. The team were monitored by a number of officers following their arrival after stage 17 to the team hotel in Pau. "

The investigation involved a search of riders’ rooms as part of the process. Despite being unaware of the investigation reasons, the team was also requested to provide all training files which were compiled and presented to the officers as requested," Team technical director Vladimir Miholjevic said: "Following stage 17, we were greeted by several French police officers. We were not given a warrant to read through, but the team complied with all the officers’ requests."

The search was performed by officers of the Central Office on the Fight against Threats to Environmental and Public Health of the National Gendarmerie of France (OCLAESP) amid doping suspicions since last year, a police source told Reuters.

A member of another team staying at the same hotel, who declined to be named because they are not at liberty to discuss the matter, told Reuters that "dozens" of police officers in plain clothes performed the searches until 2 am local time.

Their best ranked rider in the general classification is Spain's Peio Bilbao in 10th place, 12 minutes 53 seconds behind leader Tadej Pogacar of Slovenia, the defending champion.

"We are committed to (the) highest level of professionalism and adherence to all regulatory requirements and will always be cooperating in a professional manner," the team statement added.

"The process had impacted our riders' recovery and meal planning and as a professional team the well being of our team is a key priority." Thursday's 18th stage is a 129.76 km mountain ride from Pau to Luz Ardiden in the French Pyrenees.