Sky is the limit for Montjane 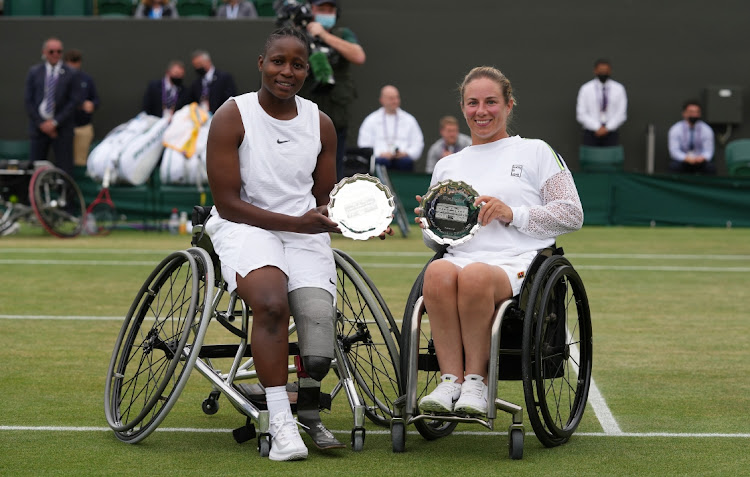 She may have not won the title, but wheelchair tennis ace Kgothatso Montjane certainly won the hearts of South Africans.

when she became the first black SA woman to play in a Wimbledon final.

On Saturday, Montjane lost in the doubles final with her partner, Lucy Shuker of Great Britain, 6-0, 7-6 against Yui Kamiji of Japan and Jordanne Whiley of Great Britain.

The 35-year-old lost to top seed Diede de Groot of the Netherlands 6-2 6-2 in the grand finale at the All-England Lawn at the weekend. She is ranked no. 5 in the world, and she hopes to break into the top four.

“I did not want to worry anyone back home. The coach resigned without giving me a reason but I soldiered on and reached the final. I quarantined for 10 days in Paris and arrived in England a day before the tournament. It was a challenge finding a hotel in England,” said Montjane.

Speaking on a zoom session in England before her return home, the Limpopo-born star said she would use her achievements as a confidence booster for the Paralympic Games in Tokyo, Japan, in September. She will play in the singles and doubles at the Paralympic Games.

“I would like to dedicate these achievements to all the aspiring athletes to never to give up and take up the sport. If you put your mind to it you can do it. I hope my achievements will give hope to all South Africans to keep up the fight. It is a great milestone.

"I am growing as a player and I am happy with the performance.  I am going to the Paralympics with new belief and have set myself a place on the podium. For the past four years it was all about preparing for the Paralympics. I want to make sure that I am seeded going into the Paralympics,” she added.

Kgothatso ‘KG’ Montjane has set her sights on a podium finish at the Paralympic Games in Japan next month and the South African wheelchair tennis ace ...
Sport
2 months ago

World No.5 wheelchair tennis star Kgothatso Montjane ousted Momoko Ohtani 7-6(3) 4-6 6-4 to reach her first Wimbledon final at the All England Lawn ...
Sport
2 months ago
Next Article