'Swimming with the ball in hand excites me' 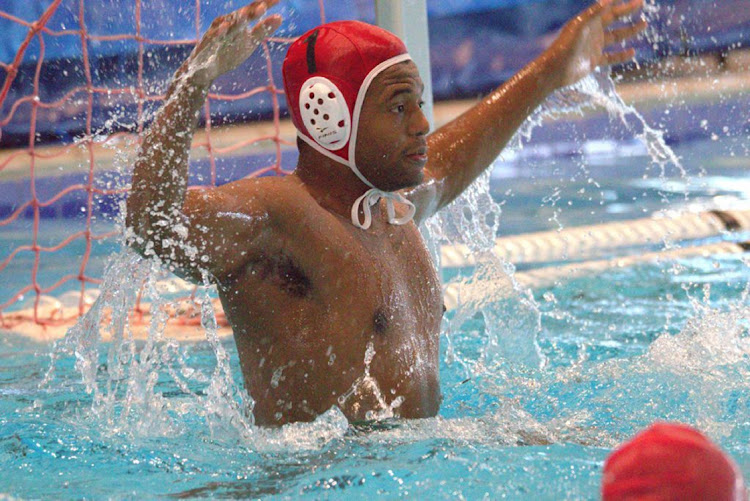 Lwazi Madi wanted to be a swimmer and represent SA at the Olympic Games when he was growing up.

He would wait for his mother to fetch him at school daily, and to get rid of boredom he attended swimming lessons. However, he could not make the grade in swimming as the competition was tough.

Madi went back to play cricket as he had given up on his swimming dream. However, on a hot afternoon in summer, St Stithian’s College in Johannesburg held cricket and water polo trials.

The then 12-year-old Madi attended the trials and made the water polo team, and never looked back as he fell in love with the sport. On the day of the trials, they wanted a goalkeeper, and he volunteered to take the position.

He made the position his own and went on to represent the school at the provincial level. “It turns out that I made the best decision in life. I enjoy playing in goal, and the heat helped me to leave cricket and try something different and today, I am excelling in water polo," he told Sowetan yesterday.

Now aged 26, Madi will represent SA at the waterpolo tournament at the Olympic Games in Tokyo later this month.

Madi was born in Fourways, Johannesburg, and he went to live at KwaThema, on the East Rand, for a few years before moving to Sandton.

The SA men's water polo team will make its Olympics debut in Japan, and Madi cannot wait to sing the national anthem and represent his country. He has played more than 40 international matches.

SA are in Group A with Greece, Hungry, Japan and the US at the 14-team tournament. Serbia won gold at the Rio Olympics in Brazil in 2016, but Hungry are the favourites this year.

Egypt and SA are the two water polo countries representing Africa. SA qualified for the Olympics when they secured 12th place at the FINA (International Swimming Federation) championships in South Korea in 2019.

“Swimming with the ball in hand and wrestling against opponents excites me. I am a goalkeeper, and I enjoy making saves to help my country win games. I am good with reflexes. I do not wrestle a lot with the other players. I work hard and save shots from going in," said Madi.

He is studying for a Master's degree in sports science at the University of Stellenbosch.

Water polo is a small sporting code in SA. It is a self-funded sport, and Madi and his teammates often dig deep into their pockets to travel with the team abroad.

But Madi is excited about the once-in-a-lifetime opportunity to represent his country at the Olympics. “It is not easy to qualify through the African route as not many countries on the continent play the sport.

"We are going to the Olympics to gain valuable experience. I see the Olympics as a learning curve. We will do our best, but do not expect a podium finish from us as that would be asking too much," he said.

The SA Sports Confederation and Olympic Committee (Sascoc) has reiterated its stance not enforce Covid-19 vaccination on athletes representing SA in ...
Sport
1 year ago

Will Lebogang Shange walk his way to the Olympics or not? There is confusion hanging over his inclusion in the SA Olympic squad after having tested ...
Sport
1 year ago

The Tokyo Olympics will provide a model for hosting the Games during a pandemic after rising Covid-19 infections forced organisers to ban spectators ...
Sport
1 year ago

Thapelo Phora described his qualification for his debut Olympic Games as the highlight of his athletics career.
Sport
1 year ago
Next Article