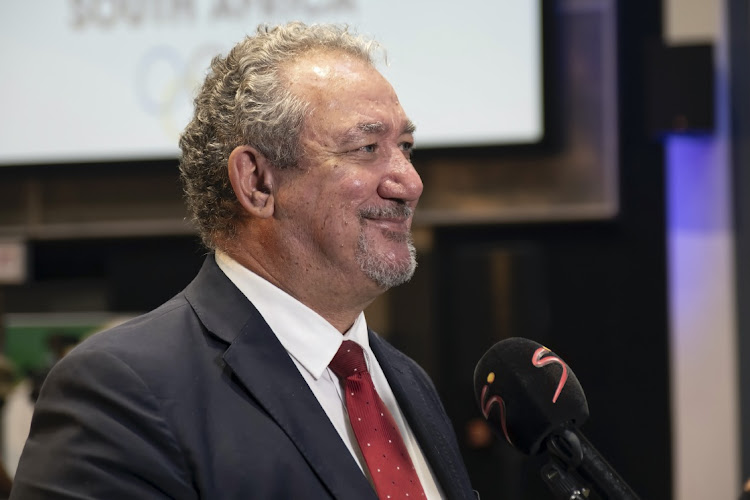 The SA Sports Confederation and Olympic Committee (Sascoc) has reiterated its stance not enforce Covid-19 vaccination on athletes representing SA in the Tokyo Olympics.

The controlling body for Olympic sports in SA re-emphasised its position on the matter as athletes began to leave for the Japanese capital at the weekend for the start of the Games on July 23.

However, 80% of the travelling contingent, including support staff, have already their vaccinates, according to Sascoc.

Explaining the decision not to force athletes to vaccinate, Sascoc president Barry Hendricks said: “Those willing to be vaccinated got the jab. Getting a vaccine is one of the recommendations made by the International Olympic Committee and Japan. Most of our athletes [got] their vaccine. I would say about 80% did it,” Hendricks said.

He said there was nothing much that Sascoc could do to change the minds of the few who declined the jab.

“Some of them refused because they felt it would have impacted their qualification chances. Some complained about possibility of being affected by side effects, and therefore hampering their efforts to qualify.

"What will happen is that they will leave for Japan after going through all the Covid-19 protocols of the quarantine period and testing as well. They will still compete without the jab.”

In 2016 at the Rio de Janeiro Olympics in Brazil, SA won 10 medals.  Hendricks was reluctant to reveal the number of medals the new Sascoc administration is targeting.

Hendricks, who became Sascoc president in November 2019, said he did not want to put unnecessary pressure on the athletes.

However, he promised that he would engage with the various sports federations to hear how many medals they expected from their athletes.

“We will engage with the federation to hear from them about the athletes’ chances of winning medals. Sascoc has not set a target of medals, and we want the athletes to go out there and do their best.”

Meanwhile, the men's rowing team was the first to arrive in Japan, while the hockey teams will leave on Thursday.

Akani Simbine had the satisfaction of gunning down two of the Americans in Monaco on Friday night, but he had to settle for second place behind the ...
Sport
1 year ago

With over two weeks to go before the start of the Tokyo Olympic Games, the SA Sports Confederation and Olympic Committee (Sascoc) is frantically ...
Sport
1 year ago

Thapelo Phora described his qualification for his debut Olympic Games as the highlight of his athletics career.
Sport
1 year ago

Athletics SA (ASA) boss James Moloi expressed his confidence in the athletes that qualified for the Olympic Games in Tokyo, Japan, later this month.
Sport
1 year ago
Next Article