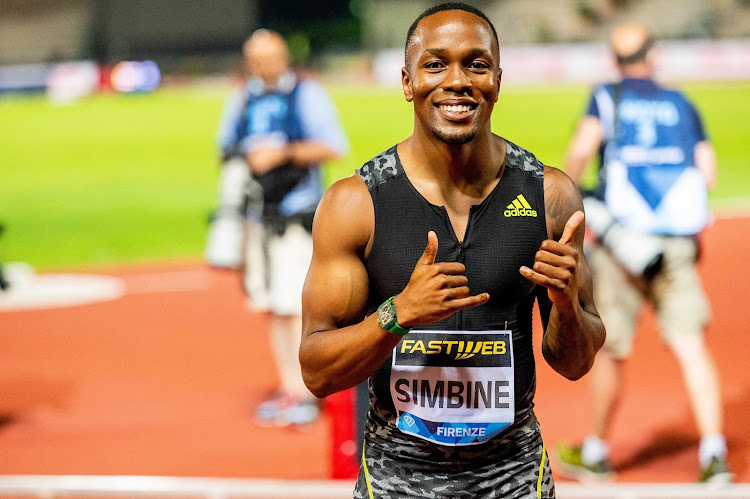 Akani Simbine had the satisfaction of gunning down two of the Americans in Monaco on Friday night, but he had to settle for second place behind the third US speedster in the field.

Ronnie Baker won this Diamond League 100m dash comfortably in 9.91 sec, with Simbine crossing in 9.98 to beat out three others in an almost blanket finish for second spot.

This race was considered a sneak preview of the Olympic 100m final that will take place in Tokyo on Aug. 1, and if that was the case, SA would have its first Games 100m medallist since 1908, when Reggie Walker won the crown in London.

It wasn’t the greatest run by Simbine, who clocked a 9.84 African record in Budapest on Tuesday, but it was a gritty display of courage and determination.

This was the first time Simbine had not won a 100m race since he finished fourth at the 2019 world championships; he had won 18 in a row from the beginning of 2020, eight of them in Europe.

So he didn’t win this time, but he had to battle hard to see off four of the top sprinters in the world this year, and he came out on top in that scrap.

Simbine knows he has plenty more speed if he runs the perfect race, but equally he’s got the stomach to engage in trench warfare if he has to.

The race was disturbed by a false start by French veteran Jimmy Vicaut, who broke a fraction too early, though Simbine also seemed to move before the gun. Vicaut beat him to that punch and was red-carded, though he was allowed to run under protest.

For at least a few seconds while the officials searched for the guilty party, Simbine’s heart must have hopped around in his mouth, so to come back from that just a few moments later showed serious bottle.

The Hercules meet proved too much for long-jumper Ruswahl Samaai, who ended fifth with a best effort of 7.95m.

In five attempts  Samaai never no-jumped, but he couldn’t clear 8m either, while the top three all surpassed 8.20m.

Samaai, bronze medallist at the 2017 world championships and the 2018 and 2014 Commonwealth Games, has yet to find the form he needs to challenge for silverware in Tokyo.