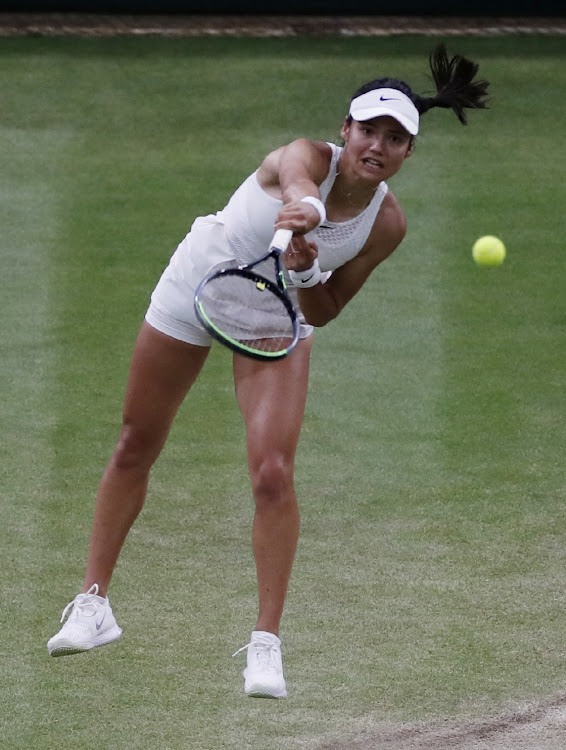 British sports personalities from Andy Murray to Marcus Rashford rallied to the defence of teenage tennis sensation Emma Raducanu on Tuesday after suggestions she quit her debut Wimbledon because she could not handle the pressure.

The previously little-known 18-year-old, ranked 338 in the world, was the last of 14 British players standing in Wimbledon after three superb wins that had fans on their feet.

But she was forced to retire against Australian Ajla Tomljanovic in their last-16 match on Monday with breathing difficulties.

American former Wimbledon champion John McEnroe suggested during commentary for the BBC that the occasion "got a little bit too much" for Raducanu, while some others took to social media criticising her for bowing out while losing.

The case drew comparisons with world No. 2 Naomi Osaka, who withdrew from the French Open after opening up on anxiety she suffered from media interviews after intense games.

Raducana herself sent a message to fans on Tuesday saying she was feeling much better, congratulating Tomljanovic, and apologising for the game's premature end.

"I was playing the best tennis of my life in front of an amazing crowd this week and I think the whole experience caught up with me," she tweeted.

"At the end of the first set, after some super intense rallies, I started to breathe heavily and felt dizzy. The medical team advised me not to continue and although it felt like the hardest thing in the world not to be able to finish my Wimbledon on the court, I was not well enough to carry on."

Murray, another former Wimbledon champion, said some of the criticism was harsh and premature given nobody knew the specifics of her ailment.

"No question mental toughness can be what separates the best in sport but surely ... you aren't judging her mental toughness on yesterday's match," he added in reply to ex-England cricketer Kevin Pietersen who said successful athletes must simply "deal with" pressure.

Poland's Hubert Hurkacz ousted second seed Daniil Medvedev after the pair returned on Tuesday to finish their rain-hit match and reached his maiden ...
Sport
2 months ago

England footballer Rashford empathised with Raducanu, saying the same had happened to him in an Under-16 game.

"I remember it to this day. No explanation for it and it never happened again," he tweeted. "You should be very proud of yourself. The country is proud of you."

Until a month ago, Raducanu had not contested a match on the main WTA Tour and was just finishing school exams.

After French Open organisers were criticised for their robust stance towards Osaka, Wimbledon authorities issued a sympathetic statement wishing Raducanu a good recovery and looking forward to future appearances in the tournament.

"She should be commended for the poise and maturity she has shown," they added.

Raducana's last-16 opponent, Tomljanovic, also said criticism was unfair. "I can't imagine being in her shoes at 18, playing a fourth round in your home country," she said.

"I have experienced something similar but not to that extent. I know that it's a real thing."

But Wimbledon semi-finalist Karolina Pliskova said pressure was always going to be a factor once Raducanu took the wildcard, meaning she was likely to be on a big court with home fans.

"You just need to cope with that pressure," she said after making it through to the semis on Tuesday. "(When I was) 18, I was still a kid. She also came from nowhere ... Some of these girls, let's say Coco Gauff - I think she's ready for all of this. (It) helps if you're raised like a star."

Clinical Novak Djokovic glides past Kevin Anderson into third round

Australian maverick Nick Kyrgios marked his long-awaited return to action by completing a 6-4 4-6 3-6 6-1 9-7 win over Ugo Humbert on Wednesday in a ...
Sport
2 months ago