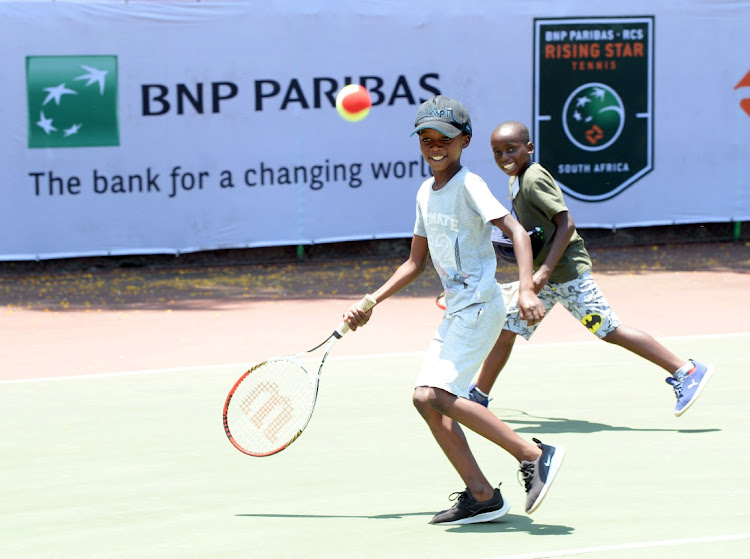 The 2021 BNP Paribas RCS Rising Star Tennis campaign has got off to a spectacular start with the second installment of the competition more than doubling the first year’s cohort of 365 schools to 797 institutions.

With district competitions launched around the country last month, this year’s competition includes high school and wheelchair tennis players, highlighting the growth of the sport.

Speaking about the competition’s ongoing development, Vikas Khandelwal, head of territory, BNP Paribas SA, said: “We’re extremely proud to support such an inclusive sport initiative that not only enhances South African tennis at the grass roots level, but also allows some children to experience tennis for the very first time. We look forward to continuing the competition once interschool sports events are permitted again. This has a significant social impact.”

The countrywide initiative aims to provide tennis access to children, targeting hundreds of schools across the country, including schools in historically disadvantaged communities.

A total of 40 district events have already been hosted by Tennis SA this season as well as several coaching clinics across the country, with many of them incorporating schools from rural areas and townships, including historically disadvantaged communities such as Bothaville (Free State), Seshego (Limpopo), Ga-Sekhukhune (Limpopo), Hammanskraal (Gauteng), Thohoyandou (Limpopo), Mahikeng (North West), O’Kiep (Northern Cape) and Matsulu (Mpumalanga).

The Rising Star series will now move on to the second round of provincial tournaments, which were initially expected to be held in May and June but had to be rescheduled due to Covid-19.

The national finals of the programme will be held later this year when conditions allow.

Montjane gears up for Paralympics action

Tennis South Africa’s development clinic at Polokwane Tennis Club in Limpopo brought to a close a highly successful development campaign in the ...
Sport
9 months ago

Gauteng teams dominated the TSA Beach Tennis National Championships after scooping all titles at Clubview Tennis Club in Centurion, Pretoria, on ...
Sport
9 months ago
Next Article