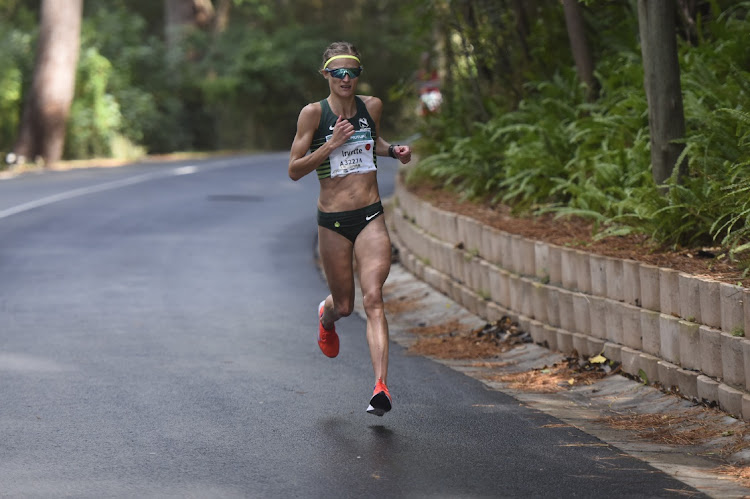 Celebrated long-distance runner Irvette van Zyl is looking forward to the return of the Spar Women's 10km Challenge after a one-year absence due to the Covid-19 pandemic.

Fresh from breaking the 50km International Association of Ultrarunners (IAU) world record in Gqeberha, Eastern Cape, last month, she wants to sign off by winning the popular women's road race before heading to the Olympics.

She and her coach Nick Bester, who also doubles as the team manager of the Nedbank Running Club, are hoping to use the race as the final preparation for the 42.2km Olympic marathon in Tokyo, Japan, next month.

The first Grand Prix race will be held in Durban outside the Kings Park swimming pool on Saturday at 7am. The Tshwane race is on August 7 and the Pietermaritzburg race on August 22. The Cape Town Invitational race takes place on September 4 and the Johannesburg race is on October 3.

The final race will be in Gqeberha on October 9. Each race will be limited to 250 runners due to Covid-19 regulations.

In 2019, Namibian superstar Helalia Johannes completed a clean sweep when she won all six races in record times. However, the three-time Soweto Marathon winner said she would not allow the Namibian to dominate the race again this year.

“I am looking forward to the Spar ladies as it is the only race before the Olympics. The training is going well and we intend to use this race as a confidence booster before going to Japan. This year we will present a tough competition to Johannes and the runners from Zimbabwe and Ethiopia. There is me and Glenrose Xaba and we will give them a run for their money. I am confident that I can run a good time in Durban. It's a morning race and I hope that the weather will play its part and not get cold,” Van Zyl said.

If you had told the three-time Soweto Marathon champion Irvette van Zyl that she would break the 50km world record this year, she would not have ...
Sport
3 months ago

South African athlete Irvette Van Zyl was the first female runner to cross the finish line in the women's race in the Nedbank Runified Breaking ...
Sport
3 months ago

The quality fields made breaking world bests along the Friendly City’s beach front seem easier than pronouncing Gqeberha‚ with three men and two ...
Sport
3 months ago
Next Article