Middle-distance sensation has been struggling to qualify 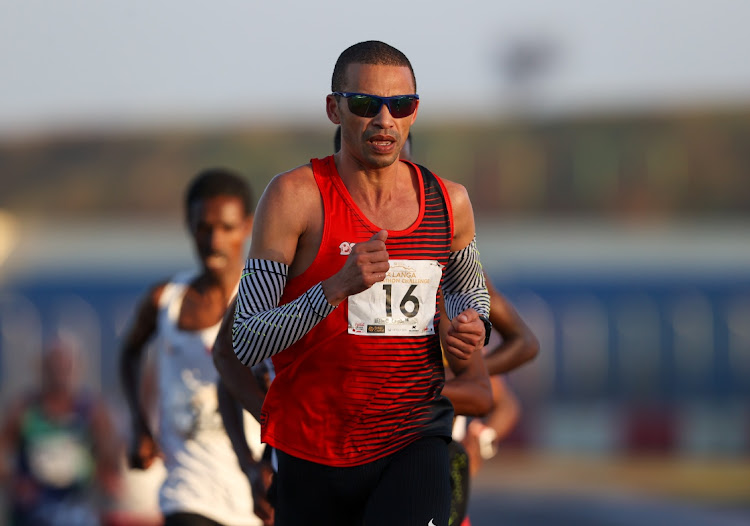 Mashele has tried on numerous occasions to run the SA 5000m Olympic qualifying standard time of 13:13:50 and failed each time.

The cutoff date of June 29 is fast approaching and the new Athletics SA board (ASA) under the leadership of James Moloi wants to see the 30-year-old book his ticket to Japan.

Gelant’s personal best in the 5000m is 13:04:88 and he is the ideal runner to push Mashele to run a faster race at the Green Point Stadium in Cape Town on Saturday.

Gelant, who won a 42km marathon in Cape Town last week, said he would do his best to avail himself for Mashele’s race on Saturday despite the small niggles he was feeling in his body. Gelant’s teammate, Jerry Motsau (1500m), will also assist him with the pacing.

“We will try and assist with regards to pacing duties. Although I am still recovering from the marathon, I am keen to help him [Mashele] to qualify for his first Olympics. He is a good guy and deserves to be at the Games,” said Gelant.

The pair will lead the way for the first 3km to 4km and leave the rest to Mashele in what is supposed to be a fast race.

Gelant, who has already qualified for the Olympics in the men’s 42km marathon, said he believed Mashele would qualify this weekend.

“I think Precious can qualify, but he needs to go through 3000m in 7.52.55 or 7.57.55 to enable him to run a qualifying time of 13.13:50. It is not going to be easy but it is doable. It will take a lot. However, Mashele is an excellent athlete and qualification will be possible. He needs to focus and concentrate on the race,” Gelant told Sowetan yesterday.

“We are bringing in the SA 5000m record holder to help him. I believe that he will do it this weekend,” said Verster.

Runner in race against June 29 deadline
Sport
7 months ago