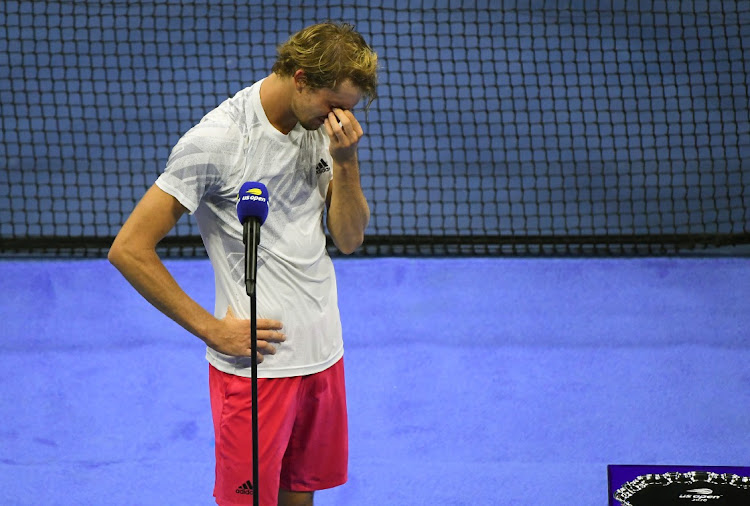 Alexander Zverev is the first German to reach the last four at Roland Garros since Michael Stich in 1996.
Image: Robert Deutsch-USA TODAY Sports

Alexander Zverev settled some early nerves before beating Spain's Alejandro Davidovich Fokina 6-4 6-1 6-1 to reach the semi-final of the French Open for the first time on Tuesday.

After his frustration wore off following an early argument with chair umpire Alison Hughes over a line call, Zverev clicked into gear while an increasingly despondent Fokina wavered.

Sixth seed Zverev, the first German to reach the last four at Roland Garros since Michael Stich in 1996, was simply too good for the world No. 46, who managed to hold serve only three times for his first appearance on court Philippe Chatrier.

Zverev will face either Greek fifth seed Stefanos Tsitsipas or world No. 2 Daniil Medvedev of Russia.

"Obviously it's very nice to be in the semi-finals but that doesn't satisfy me. I've been playing better and better and now we'll see what happens next," said Zverev.

Having been knocked out in the quarter-finals twice before, by Dominic Thiem and Novak Djokovic, Zverev stood a better chance against the lower-ranked Fokina.

The Spaniard, however, signalled his intentions by breaking in the first game, moving his opponent around and mixing it with drop shots.

Zverev broke straight back but looked out of sorts when the chair umpire corrected him on a line call, denying him another break.

Fokina, however, struggled with his service games as Zverev's confidence grew.

Hitting winner after winner while his 21-year-old opponent failed to keep the ball on court, Zverev raced to a routine win as he claimed his 15th consecutive set in Paris.