Runner has come a long way to book Tokyo ticket 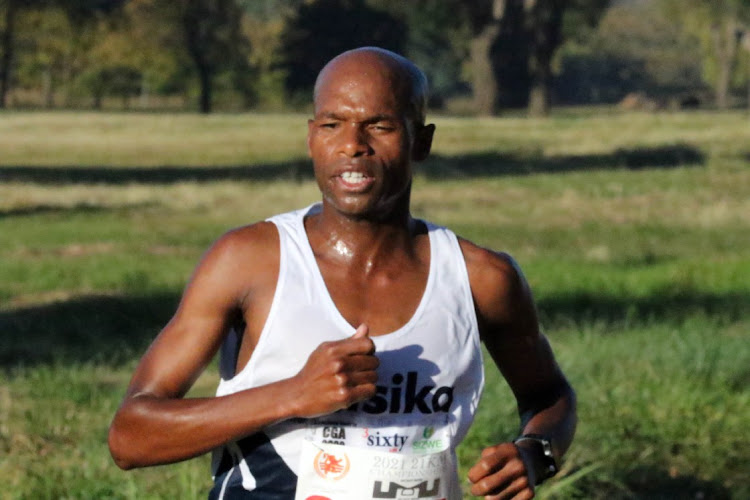 Desmond Mokgobu, of the Entsika Athletic Club, will carry SA’s marathon hopes at next month’s Olympics in Tokyo, Japan. He hopes to emulate runners like Josia Thugwane, who won gold at the 1996 Atlanta Games, as well his current coach, Hendrick Ramaala, who competed in four Olympic Games.

The 33-year-old, who hails from Senwabarwana, near Bochum in Limpopo, has vague recollections of Thugwane’s famous victory from news clips and discussions around his village.

“I had not taken up running by then and did not even realise I can do it professionally,” he said.

Mokgobu started running at high school, competing in cross country events, where he excelled. In 2008, he relocated to Johannesburg and only then realised how far he could take his running. He started competing professionally in 2010 in a mixture of short distances from 3,000m to 5,000m, 10km and 21km, but about seven years ago focused on the 42,2km marathon.

Mokgobu says he “literally still cannot believe” that he is about to represent his country on the world’s biggest sporting stage. That is because in 2015 he narrowly missed qualification for the 2016 Rio Olympics in Brazil. “I was heartbroken,” he said of that experience.

He secured his qualification for this year’s event by competing in Europe in December last year.

Mokgobu thrives under the tutelage of Ramaala, whom he has worked with since 2016 and followed to Entsika Athletic Club in late 2019.

Mokgobu said that Ramaala did not only motivate and inspire his athletes but has taught him the technique and discipline required to succeed at the highest level. “If you look at his career, he also succeeded to compete internationally and that is something we hope to emulate,” Mokgobu said of Ramaala, who came 5th in the London Marathon in 2000 and won marathons in Mumbai, India and Lisbon, Portugal.

Entsika, a black-owned auditing and engineering consultancy, has a running club with 50 runners, including 11 elite runners who include Mokgobu.

Runner in race against June 29 deadline
Sport
11 months ago

Though time is not on their side, Athletics SA (ASA) has promised to help Caster Semenya, Precious Mashele and Mbuleli Mtahanga to qualify for the ...
Sport
11 months ago
Next Article