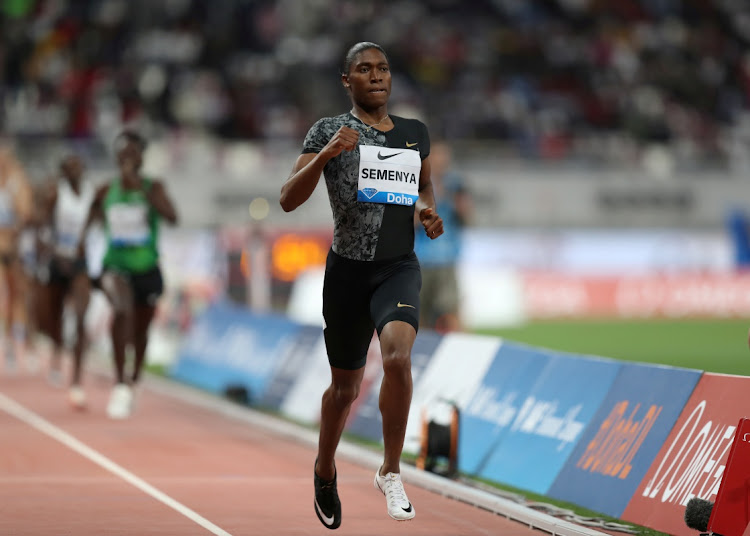 SA golden girl Caster Semenya has passed up on the opportunity to qualify for the 5 000m at the Olympics at a special event organised for her and fellow 5 000m struggler Precious Mashele.

Athletics SA (ASA) has organised the races at the Green Point Stadium in Cape Town next Saturday. However, Semenya told ASA that she is not interested in running in the 5 000m in the Mother City. The 30-year-old two-time Olympic Gold medallist over 800m only wants to run in the 3 000m.

ASA boss James Moloi and track and field chair Jean Verster said they would do whatever it takes to help her to qualify for the 5 000m for next month's Olympic Games in Tokyo.

The pair defended her decision not to run in the 5 000m race in Cape Town, saying she will run it at the African Senior Athletics Championships in Lagos, Nigeria from June 27-29.

Moloi, who was flanked by the new ASA board members at the Southern Sun Hotel in Rosebank, Johannesburg yesterday, said he believed that Semenya would eventually qualify for the Games.

“If we believed that she is not capable of winning us a medal we would not waste our time and resources trying to help her to qualify. Semenya is a proven winner and if she qualifies, she wants to win a medal at the Games. We are not pushing or taking her because of her popularity,” said Moloi.

SA 5 000m record holder Elroy Gelant will be used as a pacesetter for Mashele in the men's 5000m race in Cape Town.

“Elroy will push him for about 3 to 4km and he will take it from there,” added Verster.

Though time is not on their side, Athletics SA (ASA) has promised to help Caster Semenya, Precious Mashele and Mbuleli Mtahanga to qualify for the ...
Sport
7 months ago

Caster Semenya failed in her Olympic qualifying bid on Friday‚ starting the 5‚000m too slowly and unable to master a dominant Durban wind that saw ...
Sport
8 months ago

Caster Semenya, denied an opportunity to win a third successive Olympic 800 metres gold, will on Friday attempt to qualify for the Tokyo Games over ...
Sport
8 months ago
Next Article