Runner beats injury to qualify all over again 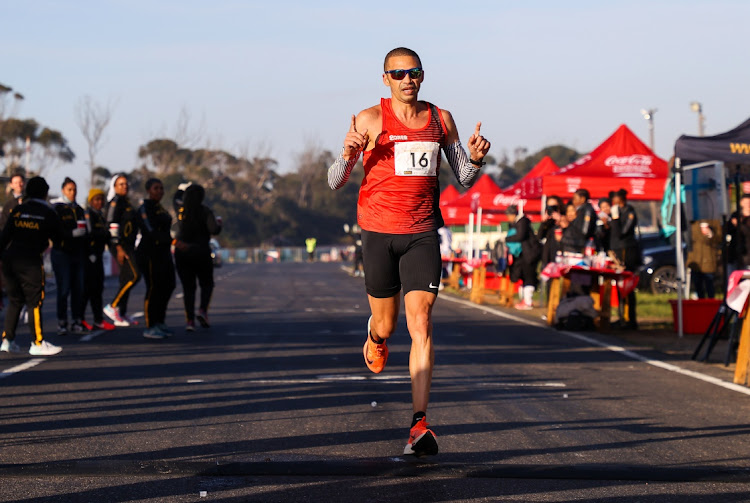 SA prominent marathoner Elroy Gelant is pleased with his preparations for the Olympic Games after he recovered from a back injury.

Motlokoa Nkhabutlane of Lesotho finished in second place with a time of 02:11: 32, while his compatriot Tsepo Ramashamole settled for third place at 02:11:32.

Gelant secured a fourth-place finish when he ran 2:10:30 in the Sanlam Cape Town Marathon in 2019 to qualify for the Olympic Games.

“I am pleased with my time and I used the marathon as part of my preparations for the Olympic Games. Last year, I injured my back in London and that held me back a little bit. I did many rehabs last year until I eventually started to train and run again. I had about a 14-week block of training behind me and I thought that this marathon would be an ideal Olympic preparation for me going into Tokyo. I also wanted to see where I am lacking in terms of fitness," Gelant told Sowetan.

Gelant and his coach Jean Verster are optimistic that he will regain his full fitness with more than a month before the start of the Olympics.

“It is encouraging to run another Olympic qualifying time after being out for so long due to injury. I am confident that I will head to Japan as a renewed athlete. My body responded well to this marathon and that I was not that tired as I told myself from the onset that I want to use this race as a preparatory run. I am pleased with the whole outcome," he said.

Though time is not on their side, Athletics SA (ASA) has promised to help Caster Semenya, Precious Mashele and Mbuleli Mtahanga to qualify for the ...
Sport
7 months ago

Leading figures in tennis and sport have rallied to support Naomi Osaka after the women's world number two withdrew from the French Open in a row ...
Sport
7 months ago

The head of a Japanese doctors union on Thursday warned holding the Olympic Games in Tokyo this summer, with tens of thousands of people gathering ...
Sport
8 months ago
Next Article