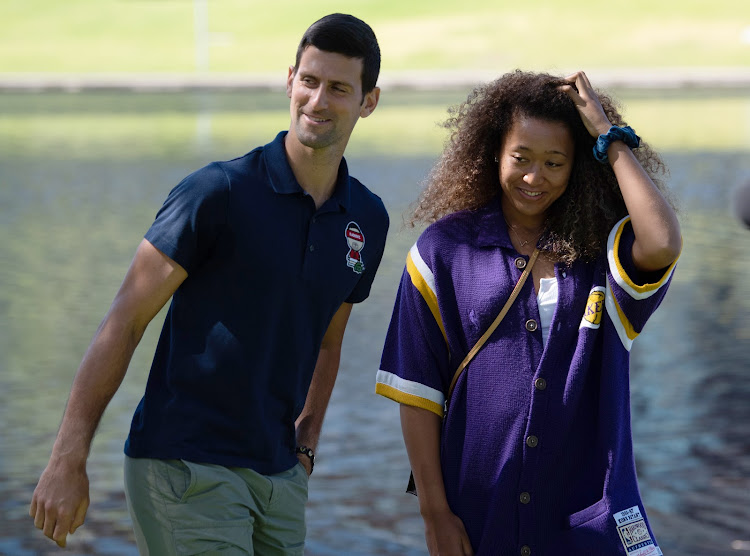 The Women's Tennis Association (WTA) said it would welcome dialogue with world number two Naomi Osaka over her decision to boycott press conferences at this year's French Open.

Japanese player Osaka cited the impact on players' mental wellbeing for her decision, saying the nature of questions from journalists is like "kicking a person when they are down".

While the 23-year-old has received some support, 13-times French Open champion Rafa Nadal and women's world number one Ash Barty believe players have a duty to address the media.

Osaka's decision has been slammed by the French Tennis Federation (FFT).

After American great Serena Williams, Osaka commands the highest profile of any female tennis player and her decision has left the WTA in an awkward position.

"Mental health is of the utmost importance to the WTA and for that matter, every individual person," the organisation said in a statement on Friday.

"We have a team of professionals and a support system in place that look after our athletes' mental and emotional health and well-being.

"The WTA welcomes a dialogue with Naomi (and all players) to discuss possible approaches that can help support an athlete as they manage any concerns related to mental health."

However, it stressed that it also had responsibilities to the fans and public.

"Professional athletes have a responsibility to their sport and their fans to speak to the media surrounding their competition, allowing them the opportunity to share their perspective and tell their story," it said.

But Australian Barty echoed the opinion of men's world number one Novak Djokovic who says that post-match press conferences, while unpleasant, are part of the job.

"We know what we sign up for as professional tennis players," Barty told reporters on Friday. "I can't really comment on what Naomi is feeling or her decisions she makes.

"At times press conference are hard, of course, but it's also not something that bothers me. Certainly doesn't keep me up at night what I say and hear or what you guys ask me."

Nadal said that without the media, tennis players would not enjoy the same profile.

"I respect her, of course, as an athlete and her personality. I respect her decision," Nadal told reporters.

"We need to be ready to accept the questions and to try to produce an answer. Without the people writing the news and achievements that we are having around the world, probably we will not be the athletes that we are today."

"I have my point of view that the media is a very important part of our sport."

Reigning women's champion Iga Swiatek added: "I don't find (press conferences) difficult. It gives us a chance to explain our perspective, so I think it's good."

"What is happening is, in my opinion, not acceptable. We will stick to the laws and rules for penalties and fines," he said. According to the Grand Slam rule book, players can be fined up to $20,000 for skipping a media conference but Osaka said she was ready to accept any sanction.

Osaka hoped the "considerable amount" that she expected to forfeit would go towards a mental health charity.

"I'm writing this to say I'm not going to do any press during Roland Garros," Osaka, who lives in the U.S., wrote on Twitter. "I've often felt that people have no regard for athletes' mental health, and this rings true whenever I see a press conference or partake in one," she added.

"We're often sat there and asked questions that we've been asked multiple times before, and I'm just not going to subject myself to people that doubt me."

Osaka, who according to sports business website Sportico earned $55.2 million over the past 12 months, has in the past used her platform and considerable press attention to highlight issues of police violence and racial inequality.