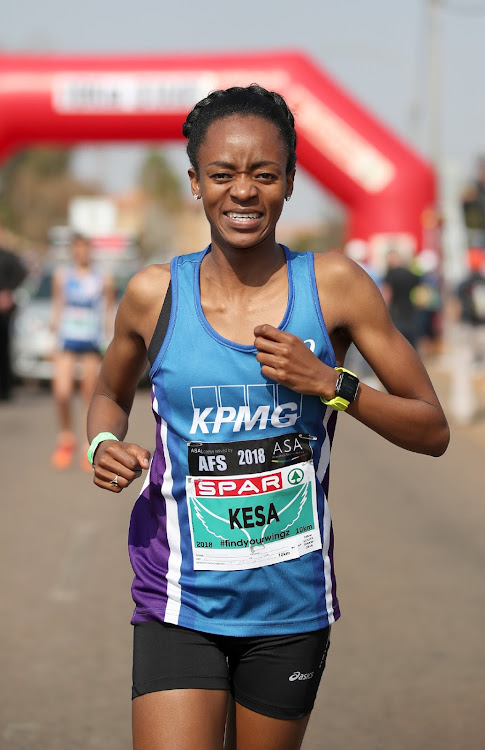 After months of uncertainty due to the Covid-19 pandemic, SA's most beautiful road race is back. The Spar Women's 10km Challenge will finally take place this year and it is coming back bigger and better.

The event organisers have put together R2m in prize money for the runners. The Grand Prix is a six-meeting event run in six cities and the overall winner on points collects R185,000. The runner-up will take home R75,000 and the third-best runner will collect R45,000, while the category winners in each race will earn R5,500. The first Spar Invitational Grand Prix race will be held in Durban on June 27.

The Tshwane race is on August 7 and the Pietermaritzburg race on August 22. The Cape Town Invitational race takes place on September 4 and the Johannesburg race is on October 3. The final race will be in Gqeberha, Eastern Cape on October 9. However, each race will be limited to 250 runners due to Covid-19 regulations.

Molotsane, who is the race ambassador, said that the return of the race is a victory for female runners across the country.

Molotsane is also the vice-chair of the ASA athletics commission. She reports to Hendrick Mokganyetsi and says that she is learning a lot from him in her new role.

“I did not expect the position to come to me so soon. It is good to see women occupying big positions. I am looking forward to the exciting challenge,” she told Sowetan.

“The return of the Spar ladies [series] means success and progress for women. We are happy to get such privileges as women in SA. We have lost our fitness, survival tactics and it is a blessing for us as athletes. I will run, be a leader and an ambassador at the same time,” said Molotsane.

If you had told the three-time Soweto Marathon champion Irvette van Zyl that she would break the 50km world record this year, she would not have ...
Sport
8 months ago

Unusual chance for SA runners to qualify for Olympic marathon