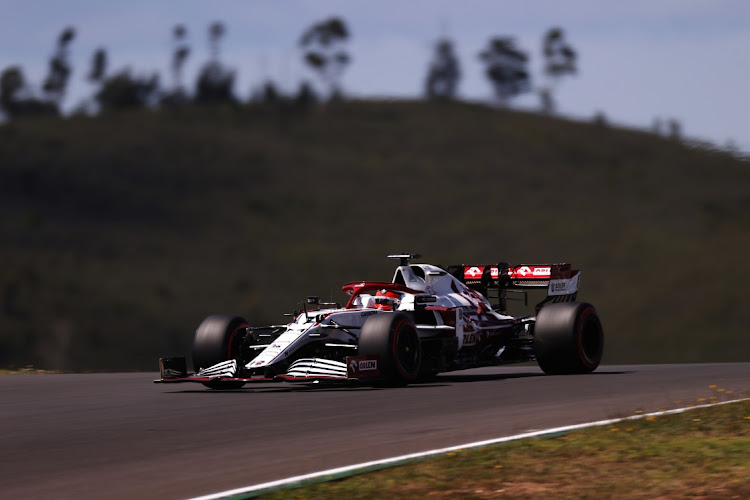 Kimi Raikkonen of Finland driving the (7) Alfa Romeo Racing C41 Ferrari on track during qualifying for the F1 Grand Prix of Portugal at Autodromo Internacional Do Algarve on May 01, 2021 in Portimao, Portugal.
Image: Lars Baron/Getty Images)

They said in a statement at the Portuguese Grand Prix that Alfa's request had been accepted based on the emergence of new elements.

The full review, involving team and stewards, was due to be conducted by video hearing before Sunday's race at the Algarve circuit.

Raikkonen was handed a 30 second penalty at Italy's Imola circuit after the race was halted by a crash between Mercedes' Valtteri Bottas and Williams' George Russell and then given a rolling re-start.

Stewards had ruled the Finn should have gone to the pit lane after a spin when the safety car was leading the field before the re-start, rather than remaining on track.

Alfa Romeo said they had asked for guidance, since the situation was unclear, but the answer came back too late for them to act on it.

The penalty demoted Raikkonen from ninth to 13th and promoted Alpine's Esteban Ocon and Fernando Alonso to ninth and 10th respectively.