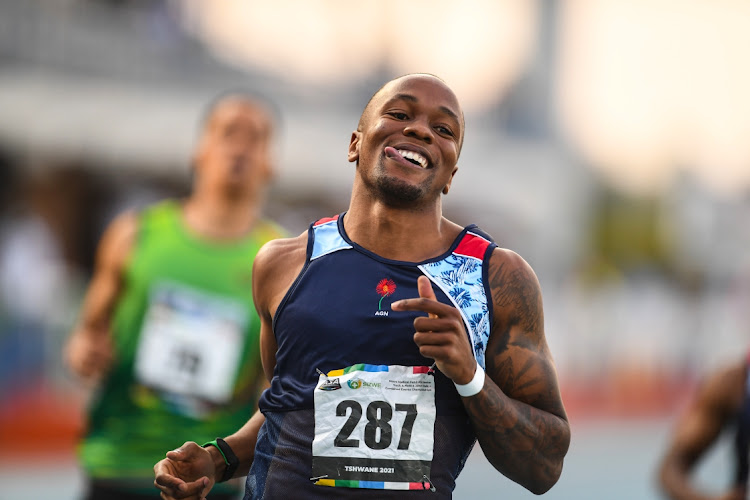 Looking at the performances of SA’s top athletes at the recently concluded SA Senior Track and Field Championships, there are indications that athletics can produce a couple of medals at the Olympics.

Team SA returned from the World Athletics Championships in Doha, Qatar, empty-handed following a dismal performance on the world stage.

However, at the three-day championships at the University of Pretoria’s Bestmed Athletics Stadium, the big guns showed some signs of improvement.

With three months to go before the Games in Tokyo, Japan, big-name stars such as Akani Simbine, Wayde van Niekerk, Ruswahl Samaai, Wenda Nel, Victor Hogan and Caster Semenya, to mention a few, lived up to their expectations.

There were no Olympic qualifying times or records but Team SA can take heart from the display of its stars after the return of the SA championships from a one-year absence due to the Covid-19 pandemic.

The athletes will now move to Europe to take part in the European season as the Olympic Games edge closer. In the men’s discus throw final, Hogan threw his best attempt of 61.25m to win the national title.

Simbine, who is targeting a double in the 100m and 200m at the Olympics, dipped under the sub-10 seconds when he won the men’s 100m final, clocking 9.99 sec to become SA champion on day two. “I came here to be SA’s number one, so I am happy with my run,“ said Simbine.

He will leave for the World Relays Championships in Poland from May 1 to May 2 and then go to Italy for his training camp on his return from the world relays. Reabetse Moloi won the women’s 100m final, stopping the clock in 11.55 sec.

Olympic 400m record holder Van Niekerk ran 20.38 to win the men’s 200m ahead of his trip to the US, where he will train with 200m world champion Noah Lyles ahead of the European season.

African champion and 2017 world championship bronze medalist Samaai secured the gold medal with a leap of 8.16m to become SA champion for the third time.

Samaai was not happy with his jump but hopes to improve it in Europe, where he will go to focus on his Olympics preparations.

“It is my season opener but I am not happy with my jump. However, eventually I will get over it and improve going forward,” said Samaai.

As strange as it may seem, SA Sports Confederation and Olympic Committee (Sascoc) president Barry Hendricks has given Team SA the leeway to enjoy ...
Sport
1 year ago

Akani Simbine clocked the fastest 100m by a South African at the SA championships in Pretoria on Thursday‚ but he was denied the national record by a ...
Sport
1 year ago

Simbine, Schoenmaker favourites for the honour of leading the country
Sport
1 year ago
Next Article