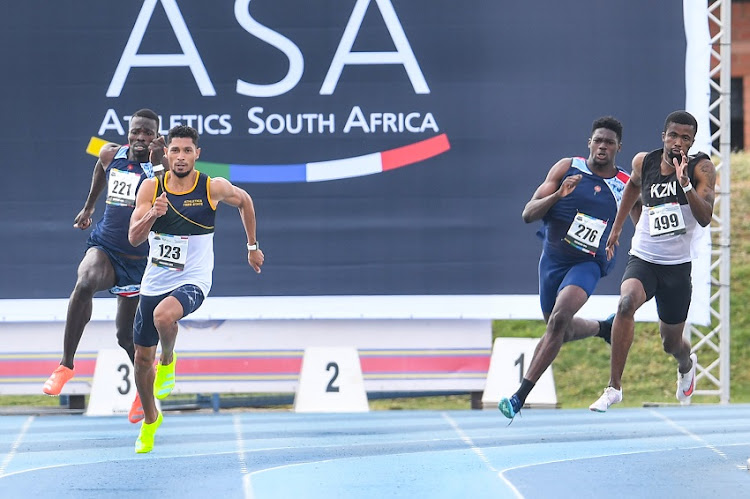 Wayde van Niekerk hinted that he could try the 200m-400m double at the Tokyo Olympics after taking pole position for Saturday’s 200m final with a 20.38sec in the semifinals at the SA championships in Pretoria on Friday.

But he might not get to face off against Clarence Munyai‚ the SA record-holder who limped off the track clutching his hamstring after sneaking into the final as a fastest loser.

Munyai‚ who slowed up too much and finished third in the second eliminator in 21.03‚ broke Van Niekerk’s SA 200m mark on the same track three years ago‚ clocking 19.69. He withdrew from the final because of a niggle.

A showdown between the two might not happen on Saturday‚ which would mean they might have to wait for next year’s nationals to face off.

Olympic 400m champion Van Niekerk‚ who is hoping to get to his new training camp in the US next week‚ has previously stated he wants to break his 43.03 world record.

He has previously said breaking that mark was his sole focus‚ but when he asked on Friday if he would consider adding the 200m to his Games roster‚ he didn’t trash the idea.

“I’ll most likely focus on the 400m when it comes to the Olympic Games. Ja‚ but we’ll see‚” said Van Niekerk‚ before laughing.

He doubled up at the 2017 world championships‚ taking the 400m gold and 200m silver‚ but it was a tiring venture.

The Tokyo athletics timetable makes a double possible‚ having to race five days in a row‚ but it finishes with the 400m‚ and that might persuade him to scrap the idea.

Van Niekerk has yet to qualify for the Olympics in the 400m and the 200m‚ for that matter.

He insisted he still would return to SA from the US for future SA meets.

“It’s always nice to come back for national championships and compete against the best in the country. As you know I’ve got a lot of unfinished business here so I’m looking forward to challenge myself against all the greats of the country.”

He and Munyai have not raced each other since the 2017 SA championships.

Nicholas Ferns was the second-fastest overall‚ winning the third semifinal in 20.82.

Anaso Jobodwana‚ 2015 world championship bronze medallist‚ only just qualified for the semifinals after ending fourth in his heat‚ but he improved to finish second behind Van Niekerk in 20.89.

“Anaso had a good bend and I just used him to get us over the finish line‚” said Van Niekerk.