Central Gauteng Athletics boss has inside track in presidential race

Moloi poised to take on Skhosana in ASA battle 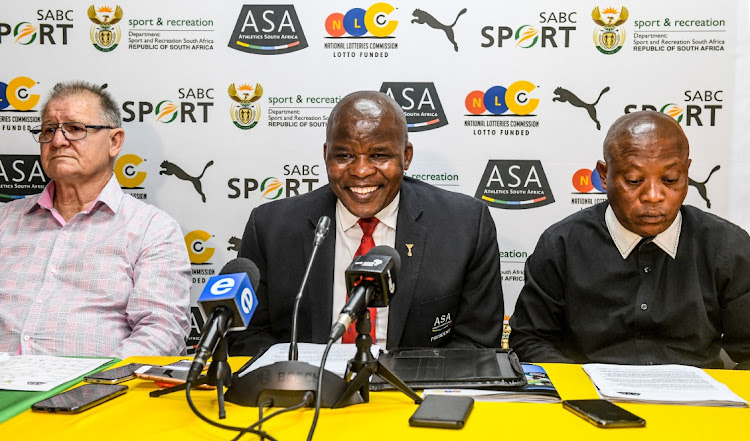 Four years ago, Central Gauteng Athletics (CGA) president James Moloi declined the opportunity to challenge for the Athletics SA (ASA) presidency. However, Moloi, who has been given credit for the excellent work that CGA is doing in athletics, has finally accepted the nomination to run for the highest position in SA athletics.

Moloi will challenge ASA boss Aleck Skhosana at the eagerly awaited elections in Kempton Park on May 8.

It was reported that Skhosana would contest the elections unopposed, but seven provinces endorsed the CGA boss to challenge him. In a letter seen by Sowetan, Skhosana received three endorsements.

Skhosana is hoping to extend his reign in the ASA office to 10 years if he wins another four-year term. However, Moloi is the favourite with seven endorsements and five other provinces backing his presidential campaign.

ASA will officially circulate the nomination list to the provinces today.

ASA board members present will each have the opportunity to cast one vote per member, which will bring the total to 12 votes. Each of the 17 provincial federations can then cast two votes, for a total of 34 votes.

Six associate members present will cast one vote per person, while members of the commission get one vote each, excluding the chairs, which brings the number to 16 votes. Honorary members are not allowed to vote and that leaves the total number of votes that will be cast on the day at 68. Insiders say the winds of change are blowing through ASA and voters want Moloi to be the new man behind the new ASA board.

Skhosana has been criticised for his approach to the return to competition after strict lockdown rules were relaxed, with athletics resuming after contact sports such as football and rugby. This had serious financial implications for regional federations that were unable to organise even small running events because of the national body's stance.

Moloi, on the other hand, has been credited for the excellent job that he did for CGA in the past 12 months. The Gauteng-based federation hosted more events than any other province during the lockdown and did so under strict Covid-19 regulations.

There are 11 positions up for grabs on the ASA board. “The people feel that Moloi is the right man to steady the ship as Skhosana has failed. He disappointed the athletes by dragging his feet during the lockdown. He did not allow them to return to action and it took a while before he opened the season,” said an insider.

Although Athletics SA president Aleck Skhosana described the track and field events across the country as abnormal due to the Covid-19 pandemic, ...
Sport
1 year ago
Next Article