Montjane, Anderson give tips to over 100 kids 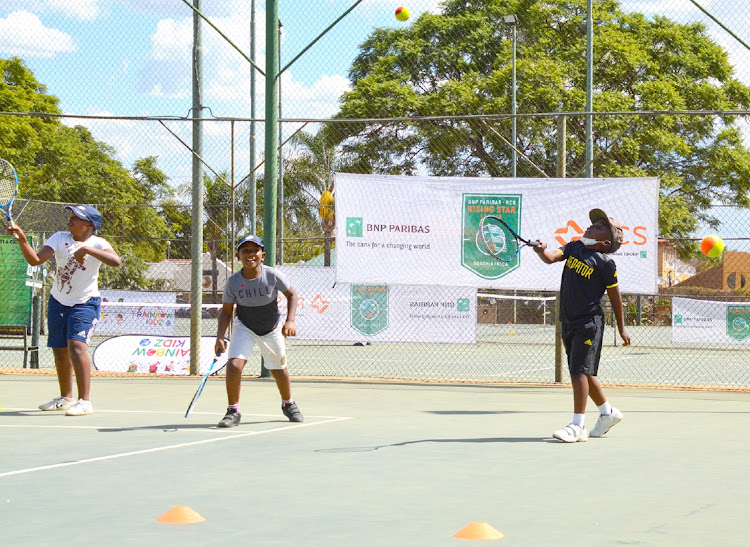 More than 100 kids from 30 schools in and around the area, including wheelchair tennis players, spent time on court with elite wheelchair tennis star Kgothatso Montjane. They were also given some important tips in a virtual session with former world No 5 Kevin Anderson from his base in Miami.

"It's good to see BNP Paribas RCS Rising Star Tennis reaching areas like Limpopo and engaging children with tennis from a young age,” said Montjane, who hails from Seshego, Limpopo, and became the first black South African woman to compete at Wimbledon.

"Introducing tennis to a new generation of players is how we will develop the sport further in SA, but it’s also about creating a fun learning environment that inspires kids to be active and develop their skills further.”

Paul Seabi, a representative of the Limpopo department of basic education, said initiatives like the BNP Paribas RCS Rising Star Tennis activation were crucial for the growth of sport in the province.

"Our rural schools do not have these kinds of opportunities," Seabi said.

"This initiative has helped them, and we hope this programme continues to encourage more projects like this so the kids can be exposed to a diverse array of sports."

Regan Adams, the CEO of RCS Group, was equally pleased to see so many children being introduced to tennis.

“At RCS we strongly believe that empowerment through sport is one of the most essential forms of upliftment. Our goal for this year is for this sponsorship to make a meaningful impact in communities such as Limpopo and it’s impressive to see so many kids playing tennis today.”

Medvedev says new moustache might not last beyond Miami

The new world number two in men's tennis has a new look to go with his ranking, but Russian Daniil Medvedev is unsure of how long he will keep the ...
Sport
5 months ago

With her tennis career having evolved from talented player to promising coach, Thembi Mathobela hopes to continue imparting the knowledge she has ...
Sport
6 months ago
Next Article