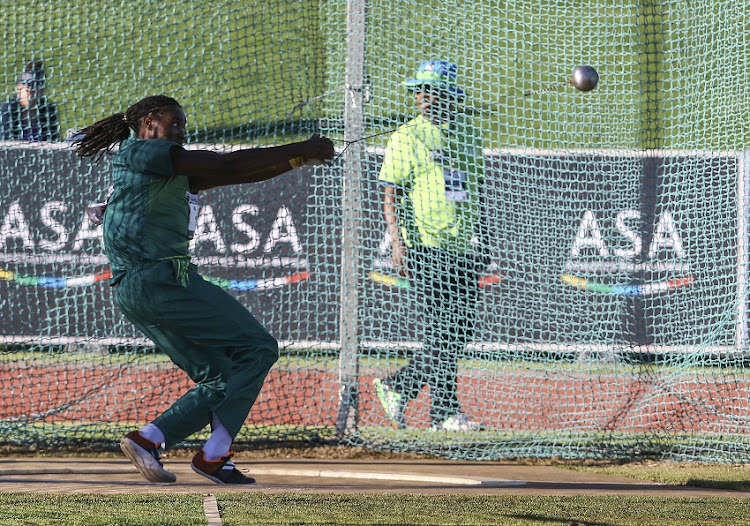 Alan landed 72.78m to beat defending champion Tshepang Makhethe by just more than 1.5m‚ and Marga achieved a 64.30m that was 1cm short of her own national record.

Both are coached by Chris Harmse‚ the former SA star who won 23 consecutive national hammer throw titles from 1996 to 2018.

But this was the first national championships since 1993 at which Harmse didn’t compete.

That’s so long ago that back then sprint star Akani Simbine was still in foetal form.

“I’m just smiling‚” said Harmse. “I never thought coaching could be so rewarding. I wonder if a brother and sister have ever won national titles at the same championship before?”