Dlodlo also hopes to sprint faster for the Olympics ticket 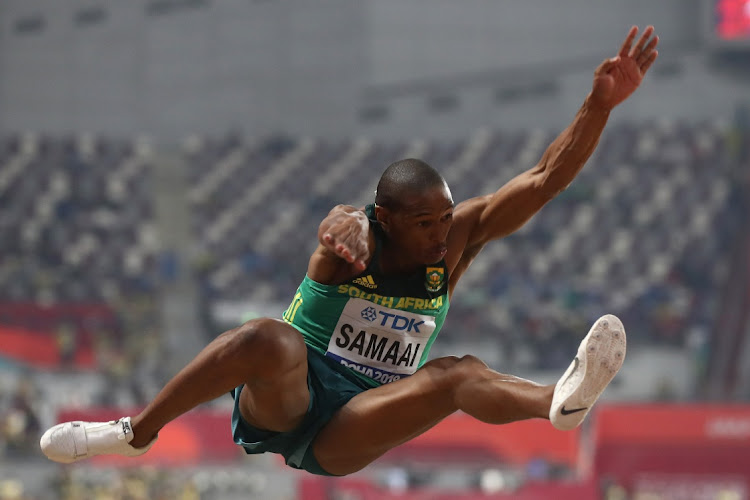 The long wait for the SA Senior Track and Field Championships is finally over as the country's premier athletics event takes from today at University of Pretoria's  Tuks Bestmed Athletics under strict Covid-19 regulations.

The three-day event ends on Saturday and only 500 people at any given will be allowed into the stadium. No spectators are allowed.

In the men's 100m and 200m events, Tuks-based Thando Dlodlo and Clarence Munyai will try to use their home ground advantage as they sprint for honours.

Munyai has already qualified for the Olympics 200m, but will be expected to prove this feat was no fluke by chasing for gold ahead of Anaso Jobodwana and his training mate Thando Roto.

Dlodlo is still hopeful that he can qualify for the Olympics, starting with his 100m heat today. He wants to make the final tomorrow evening where he stands a chance of making the top three 100m team in the SA Olympics team.

“I look at these champs as an opportunity to qualify for the Olympics. It is a step closer to booking my ticket to Japan. I also want to see if what I have been putting in training would happen. I need to run under 10.05 seconds and that all it takes. I have to put in the top three of the fastest SA 100m men's team," Dlodlo told Sowetan yesterday.

“Qualifying for the Olympics would mean the world to me. I will do everything in my power to make sure that I am in Japan. This is the first year that I am calm about the SA championships. I am not nervous and am ready to face anyone," said Dlodlo.

Simbine, Schoenmaker favourites for the honour of leading the country
Sport
1 year ago

SA Senior Track and Field Championships kicks off this week

The cream of the crop in SA athletics will gather at the University of Pretoria's Tuks Bestmed Stadium for the SA Senior Track and Field ...
Sport
1 year ago
Next Article