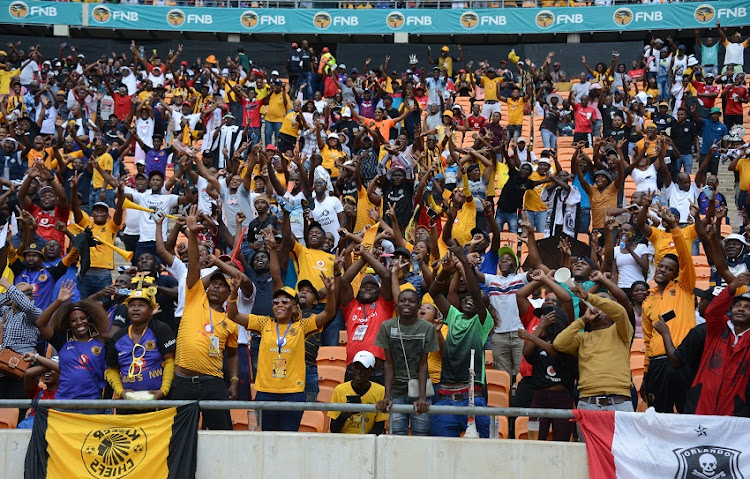 The return of fans to South African stadiums moved a step closer after the SA Sports Confederation and Olympic Committee (Sascoc) submitted the first draft of a plan to make this a reality to sports minister Nathi Mthethwa.

Sascoc recently appointed a committee that worked with all the federations on plans to manage and execute the process of allowing a controlled number of fans inside stadiums under stringent health and safety protocols.

Fans are also waiting with bated breath to see if they will be allowed to watch the money-spinning British & Irish Lions Tour in July and August. Organisers are hoping to have a controlled numbers of fans in the stadium.

“That draft went out to the Sascoc membership and after that it went to the minister of sport Mr Nathi Mthethwa. That will be regarded as the first draft that the minister receives. [Together] with his department‚ they will then process it and then they will come back to us with their recommendations as well. Then‚ I think it will go to the Command Council.”

Hendricks said the proposals contained in the draft documents included input from all the federations and it was put together with the safety of fans as high priority.

“We are like other sports in other countries‚ entering into a new terrain and we want to really make sure that the environment we create is safe and responsible.”

Sports department spokesperson Masechaba Khumalo confirmed that they received Sascoc's proposal last week but it is yet to be presented to Mthethwa for his consideration.

Professional sport resumed activities latest year under strict health and safety protocols as prescribed by the government‚ but there are growing murmurs of discontent as fans have not been allowed at venues since the outbreak of Covid-19 more than a year ago.

President Cyril Ramaphosa moved the country to Level 1 in February and the move was accompanied by renewed calls for the government to consider allowing a controlled number of fans at sporting venues.