Mashele in the best form of his life 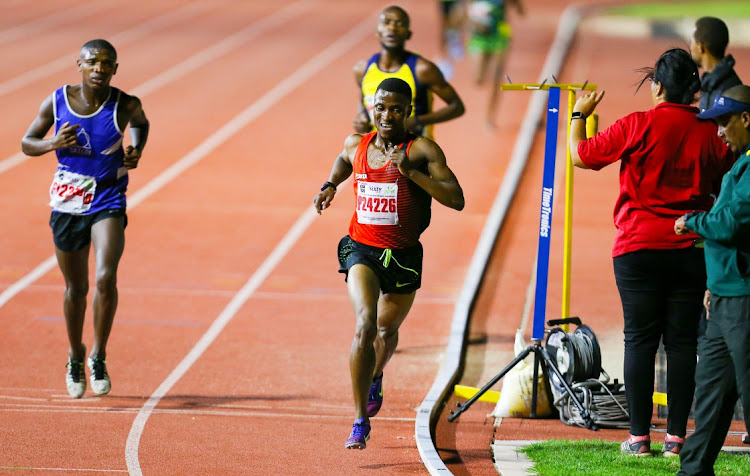 SA middle-distance runner Precious Mashele is in the best form of his life. Mashele is winning the 5000m and 10,000m races for fun, and he says that the best of him is yet to come.

The man, who is coached by the SA 10 000m record holder (27:29:94) Hendrick Ramaala, ran his personal best at the KwaZulu-Natal provincial championship at Kings Park Stadium at the weekend.

The Central Gauteng Athletics (CGA) and Boxer Running Club star clocked at 27:55 to win the men's 10,000m race in Durban.

He launched his season by winning the CGA cross-country championships in Kagiso in January when he stopped the clock at 31:13 in the men's 10km event.

Winning start for Mashele as track and field returns

Central Gauteng Athletics (CGA’s) first track meeting of the season lived up to expectations. The meeting was attended by six athletes from Qatar, ...
Sport
1 year ago

He has reached his peak early in the season and he is unbeaten in five races this year.

The soft-spoken athlete will run the NN Mission Marathon in Hamburg, Germany, on April 11. He is part of the 100 elite runners who were invited by the NN Running Team and Global Sports Commission. Mashele is targeting a sub-2:10 at the marathon in Germany so that he can be able to qualify for the Olympic Games in Tokyo, Japan, in July.

The SA men's qualifying time is 2:11:30 and so far, Stephen Mokoka, Desmond Mokgobu, and Elroy Gelant have qualified for the Games. Gelant has run the third slowest qualifying time of 2:10:30 and if Mashele can achieve his set target in Germany, he would be able to remove Gelant from the Olympic marathon team.

“I am happy with my time, I have always wanted to run a sub-28. The weather condition was cool. I have been training for a marathon and do not have speed. I am targeting a sub- 13:30 in the 5000m. I just run with strength and lack speed because I have been focusing a lot of my energy on the marathon," Mashele told Sowetan.