No.2 ranking no extra pressure but Medvedev still keen to prove himself 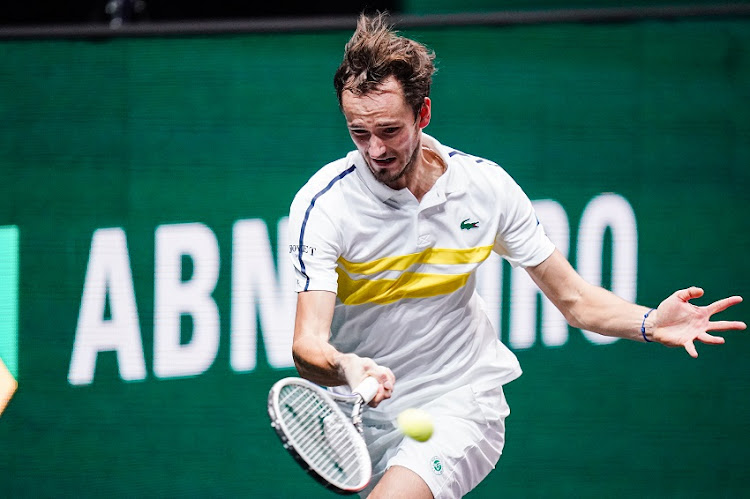 Daniil Medvedev of Russia during his match against Dusan Lajovic of Serbia at Rotterdam Ahoy on March 3, 2021 in Rotterdam, The Netherlands .
Image: Henk Seppen/BSR Agency/Getty Images

New world number two Daniil Medvedev said he is feeling no extra pressure after rising to his career-best ranking last week but the Russian wants to prove to himself that he deserves the lofty slot by playing well in Miami.

The 25-year-old replaced Rafa Nadal as No. 2 last week, becoming the first player outside the Spaniard, Roger Federer, Novak Djokovic and Andy Murray to be ranked in the top two since Lleyton Hewitt in July 2005.

Medvedev is leading the men's draw at the ongoing Masters 1000 event in Miami after world number one Djokovic pulled out to spend more time with his family.

"It's been already one week precisely. I'm enjoying the moment," Medvedev told reporters on Tuesday.

"I could maybe feel pressure, (but) no, I feel like it just gives me some energy boost. I just want to try to play better and better, to prove even just for myself that I deserve this. Hopefully I can show some great tennis here in Miami."

Last month Medvedev reached the Australian Open final, his second title match at a major after the 2019 U.S. Open, on the back of a 20-match winning run that saw him pick up trophies at the Paris Masters, ATP Finals and team-based ATP Cup.

His run included 12 straight wins over top-10 opponents and ended with defeat to Djokovic in the final at Melbourne Park.

Medvedev then suffered a shock loss at Rotterdam before returning to winnings ways in Marseille where he picked up his 10th Tour title -- all on hardcourts.

"I don't really think about points too much because I always said that I feel ranking reflects on your results that you had," Medvedev said. "So the more big titles you win, the further you go in Grand Slam, the better your ranking will be.

"I don't feel the pressure except for the pressure that I like to win matches and I want to win every tournament I play.

"This pressure always stays with me."