Makhanya gets chance for shot at the Olympics 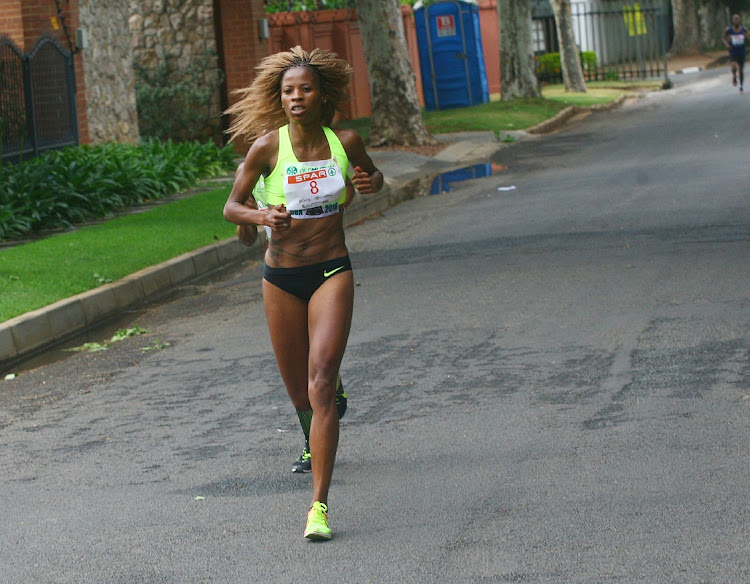 Mapaseka "Speedster" Makhanya received a dose of good news from her sponsors Nike yesterday. The sports apparel giant is in the process of arranging for her to run a marathon overseas, so that she can try to qualify for the Olympic Games in Tokyo, Japan, in July.

Since the lockdown started last year, the elite runner has not been able to earn an income in races. She gets by with the monthly stipend from her sponsor. She was planning to qualify for the Olympics in the 5000m and 1500m events, but that appears to be too late for her.

Her plan B is to try out for the marathon and Nike has come to her rescue by organising and financing her trip abroad for a marathon race.

“Nike is arranging a race for me overseas and they will cover travel, accommodation and entry fees. They contacted me to give me the good news. I do not have money to secure a race overseas and the costs involved are ridiculous. Without a sponsor, it is nearly impossible to get to Europe. We are in a race against time to try to secure a race for next month. I would like to qualify for the Olympics in the marathon and believe that I can do it. With Nike by my side, anything is possible," Makhanya told Sowetan yesterday.

She said she would run her first 5000m of the season at the Central Gauteng Athletics (CGA) meeting at the Boksburg Stadium next week Saturday. She will use track running to build speed and endurance, coming up against prominent runners Xaba and Irvette van Zyl at the CGA meeting.

“Although it's been stop-start, I have been training hard and preparing myself for the new season. Now that the worries of securing a marathon are behind me, I can work on my Olympic qualifying strategy."

Makhanya said the lack of opportunity to run qualifying marathons in SA is a cause for concern after the races were cancelled due to Covid-19.

“[However] I am in good shape and in a better place emotionally to take on the Olympic challenge, despite the financial setbacks."

Commonwealth Games silver medalist Ofentse Mogawane is not the one to shy away from voicing his opinion.
Sport
7 months ago

Sascoc signs new sponsor for Olympics and beyond

Team SA athletes heading to the Tokyo Olympics and Paralympics will be kitted out by local manufacturer Mr Price Sport.
Sport
7 months ago

SA's sprint ace Akani Simbine is expected to carry the hopes of the country at the World Relays champs and Olympic Games.
Sport
8 months ago
Next Article