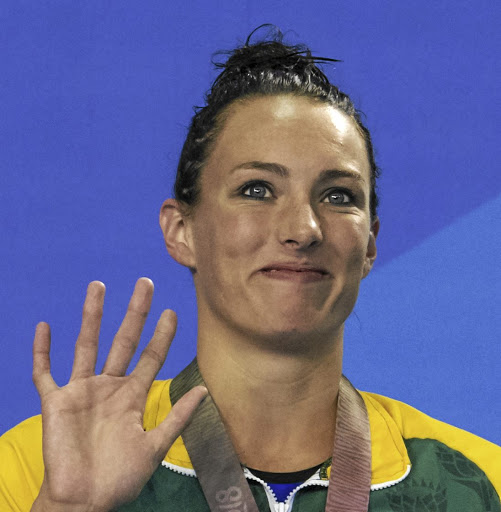 Tatjana Schoenmaker will continue to focus on the 200m breaststroke for the Tokyo Olympic Games despite recently hammering a 100m time that rates higher than her best in the longer race.

Schoenmaker clocked a 1 min 05.89 sec African record at a low-key gala in Stellenbosch last month‚ a time that ranks her third in the world since mid-2019.

In fact her 100m effort gives her the No 1 ranking for 2021 but given that it’s still so early in the season‚ it’s too soon to get overly excited about the world lead — it’ll mean a lot more as the world heads into Japan for the Games in July.

“Over the past few weeks‚ our focus had been on speed‚” coach Rocco Meiring said in a statement issued by Tuks Sport. “That is why she swam such a fast time over 100m.

“In the build-up to next month’s Olympic trials in Gqeberha‚ our focus will be to improve her back-end speed over 200m.”

The result could be a massive drop in her 200m personal best‚ which is also an African mark.

Schoenmaker has always focused on the 200m‚ with the 100m being a secondary race.

At the world championships in Korea in 2019 she took silver in the 200m breaststroke and ended sixth in the 100m.

But her time in Stellenbosch would have given her the bronze medal 19 months ago.

Meiring refuses to entertain a double-strike strategy for Japan.

“The problem is that training intensively for both events can be counterproductive in the long run. Tatjana‚ however‚ needed to be faster than 1:06 over 100m. From now on‚ it’s all about marginal gains.

“I want Tatjana to consistently swim times of 2:23 in the breaststroke. The ultimate is to get her to swim 2:21 or even faster.”

Even if the 100m is a side race‚ Schoenmaker is looking a stronger contender for two medals in Tokyo.