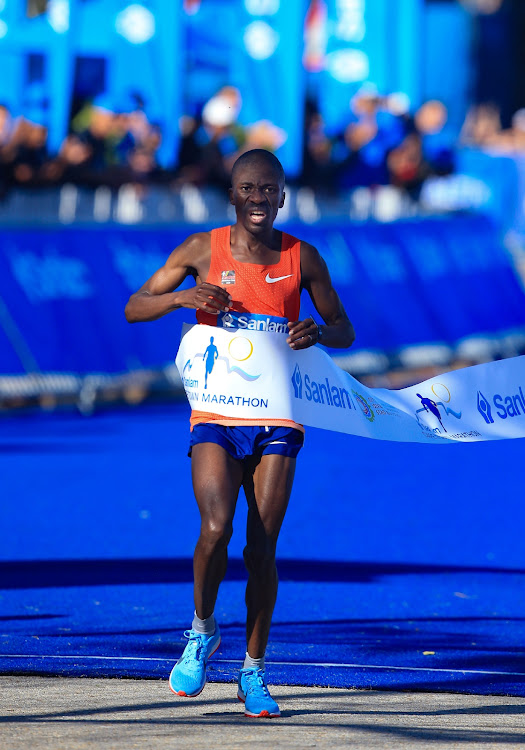 Organisers of the Sanlam Cape Town Marathon have taken a calculated risk by opening the race entries for the 2021 edition yesterday.

While the Two Oceans and Comrades Marathons could not take the risk to go ahead with their races and decided to cancel them, Cape Town Marathon is forging ahead with its plans to organise the popular marathon. General manager Barry van Blerk said they are hoping for mass participation on Sunday, October 17, in Cape Town.

They are putting their hopes on the Covid-19 vaccines and are targeting 10,000 entries. However, currently Athletics SA (ASA) does not allow a road race to exceed 250 runners.

“We’ve taken a calculated risk and have set our entries to 10,000. We decided not to take a wait-and-see approach and decide on the entries yesterday. We are working with the City of Cape Town and ASA to make it work. We will draw the line in August. We will have different starting points to control the crowd," Van Blerk told Sowetan yesterday.

He said they would refund all the runners their entry money should they cancel or exceed their limit. "If we are forced to limit our entries to 250 runners, we will refund everyone their money. In the worst-case scenario, we will fly all the elite runners to Cape Town for a race. The question mark here is how we accommodate the social runners. It's a no-risk race and safe to enter as we will refund runners their money if we fail due to a possible third wave," added Van Blerk.

Meanwhile, top runners and coaches have welcomed the decision to open the entries by Africa's only International Association of Athletics Federation (IAAF) Gold Label Marathon with both hands. Cape Town Marathon 2018 winner Stephen Mokoka (2:08:31) said he was open to the idea of running the marathon again.

“It’s good news for elite runners in SA. I will sit down with my coach and decide whether to run or not. It's about time we run a real marathon and not a virtual race," said Mokoka.

Comrades Marathon 2016 winner Charne Bosman said she hopes Murray & Roberts Running Club would enter the race. "Yes, I am open to run the marathon. I hope my club will enter me. I am happy as I have a goal to work towards now," Bosman told Sowetan yesterday.

Elroy Gelant is the Cape Town Marathon ambassador and his coach Jean Verster said he is open to him running the race. "He will be involved one way or the other. It is good news. It's positive news, runners will not sit at home and do nothing and have a reason to prepare for a race," said Verster.

Kelehe to run virtual marathon in honour of Covid victims

Former Comrades Marathon champion Gift Kelehe will run his first virtual marathon at a training camp in Secunda, Mpumalanga, with his prominent coach ...
Sport
1 year ago

SA marathon icon Hendrick Ramaala is appealing to retired and active athletes to get more involved in coaching instead of complaining about lack of ...
Sport
1 year ago
Next Article