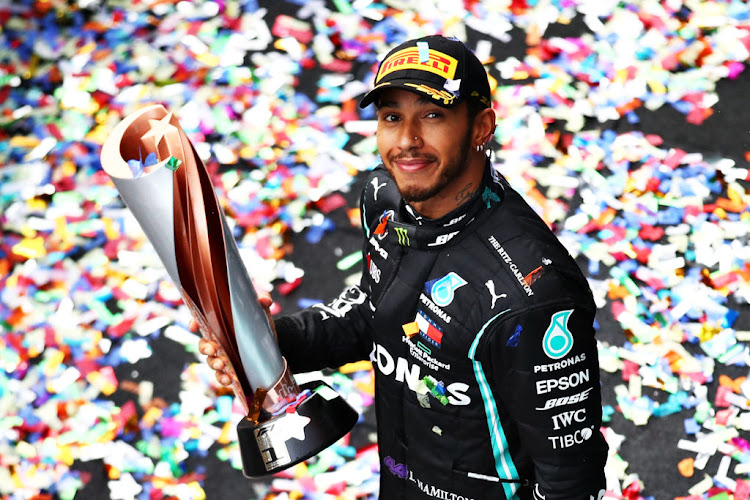 Lewis Hamilton says the outcome of the 2021 season will not influence his decision to stay in F1.
Image: Bryn Lennon/Getty Images

Lewis Hamilton says the outcome of his bid for a record eighth world championship this season will not determine whether he stays in Formula One.

The 36-year-old is contracted to Mercedes only until the end of 2021 but he said on Tuesday he was “fully invested” in delivering for his team.

Asked how much his future hinged on his title bid, the Briton told reporters after the launch of his team's new W12 car that he did not want that to be the deciding factor.

“Of course it's the ultimate dream (to be an eight times champion) but I don't think that's necessarily going to be the deciding factor whether I stay or keep going,” added the sport's most successful driver.

Hamilton has been a race winner in every season since he started out with McLaren in 2007 and took 11 victories last season. The Briton now has a record 95 wins, 98 pole positions and 165 podiums.

He missed one of last year's 17 races after testing positive for Covid-19, but still won 11 and will start the new season as favourite again.

The Briton, awarded a knighthood after his seventh championship and with plenty of outside interests in fashion and music, said it depended on whether he still had “that smile” when he put his helmet on and drove out of the garage.

“It's going back to 'do you enjoy it?' Last year was a really tough year for everyone, including me. But I think there were some really impactful moments,” he said. “Will it still be the case this year? we'll see. Will I enjoy it as much? We'll see.”

The sport's only black driver, and active campaigner for racial equality and justice, had said earlier that his priority had changed from “just winning championships” to pushing for diversity.

Formula One says racing in Africa is a priority

Formula One needs to have a grand prix in Africa and the absence of one is wrong, according to the sport's global director of race promotion Chloe ...
Sport
7 months ago

British-Korean driver Jack Aitken, overwhelmed by the response he received from fans in South Korea after his Formula One (F1) debut last year, hopes ...
Sport
9 months ago

Seven-times Formula One world champion Lewis Hamilton was awarded a knighthood in the UK New Year's honours list published on Wednesday.
Sport
9 months ago
Next Article