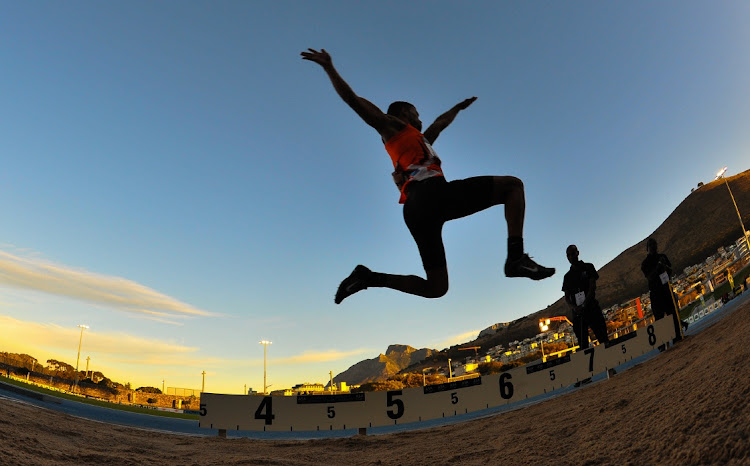 The Athletics Gauteng North (AGN) hosted its first league meet at the weekend with big-name athletes doing exceptionally well at the occasion.

The AGN adhered to the Covid-19 protocols when their numbers did not exceed 250 people at the Tuks Besmed Stadium at the University of Pretoria at the weekend.

AGN president John Mathane had his hands full as he contained angry parents that were prevented from entering the venue due to the Covid-19 regulations.

"It was a nice and well-organised event in which we had more than 600 entries, but some had to drop out or did not run at the event. As you know, 250 participants were allowed, we managed to control athletes by dividing them. But we noticed that parents were not satisfied when we didn't allow them in the stadium. As the provincial event organiser, we plead with parents to work with us, we will lose the right to host the event if they do not cooperate with us," said Mathane.

But he said the event was an overwhelming success and that he is hoping to put on a good show during the senior champs at a refurbished Pildicth Stadium next month. The City of Tshwane will officially hand over the revamped stadium to AGN next month.

Cheswill Johnson shone brightest at the AGN meet at the weekend when his long jump leap of 8.27m booked him a place in the SA Olympic team. He joins fellow long-jumpers, African champion Ruswahl Samaai and Zarck Visser, in the SA Olympic squad.

The 2016 Olympic silver medalist Luvo Manyonga is out of contention as he had been suspended for "whereabouts failure" by IAAF's Integrity Athletics Committee last month.

Whereabouts failure in athletics is when an athletics fails to avail themselves from procedures that require to very them as being free from doping.

Johnson opened his season with 8.20m at the Central Gauteng Athletics (CGA) meet at the Boksburg Stadium last week.

The women's 5000m was won by three-time Soweto Marathon champion Irvette van Zyl, stopping the clock in 16:39:29. It was a big improvement from 16:55.10 when she won the at the CGA meet two weeks ago.

A projection for the SA Olympic squad has nearly three-and-a-half athletes for each manager and coach in Tokyo, but when it comes to seeking medical ...
Sport
1 year ago

The 2021 national track and field championships have been brought forward to April 16-18 to give sprint hopefuls a chance to get to the World Relays ...
Sport
1 year ago
Next Article