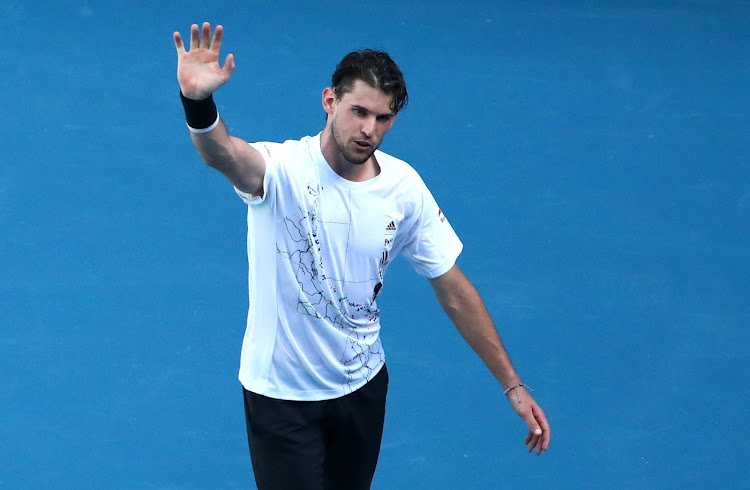 Austria's Dominic Thiem looked out of sorts from the start.
Image: REUTERS/Kelly Defina

Third seed Dominic Thiem slumped out of the Australian Open in the fourth round on Sunday, comprehensively beaten 6-4 6-4 6-0 by Bulgarian Grigor Dimitrov on Rod Laver Arena.

The US Open champion, who came back from two sets down to beat Nick Kyrgios in the third round on Friday, looked out of sorts from the beginning of the contest.

The first two sets followed the same pattern with Thiem taking an early 3-1 lead only for 18th seed Dimitrov to charge back at him and clinch the set.

The Austrian, losing finalist here last year, was unable to rouse himself in the third set and Dimitrov sealed a last-eight meeting with Russian qualifier Aslan Karatsev after little more than two hours on court.