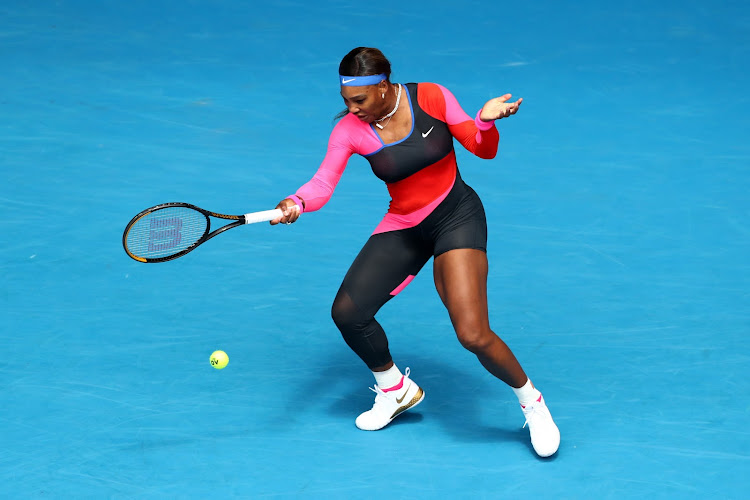 Serena Williams debuted a striking single-legged leotard in her first match in the Australian Open on Monday, paying homage to the Olympic track champion Florence Griffith Joyner, known for her long, colourful fingernails and flamboyant outfits.

After wearing the black, red and pink catsuit to dispatch Germany's Laura Siegemund, Williams credited Nike for coming up with the idea to channel FloJo, as the athlete was popularly known, and spoke of her admiration for the late athlete.

"I was inspired by FloJo, who was a wonderful track athlete, amazing athlete when I was growing up.

Joyner's Olympic records for the 100 and 200 metres set in Seoul in 1988 still stand, although her early death at 39 from a seizure raised suspicions of possible steroid use that tarnished her legacy.

"This year we thought of what can we do to keep elevating the Serena Williams on the court," Williams said.

The idea to tap FloJo for inspiration came from the Nike team, she told a press conference.

"I was like, Oh, my God, this is so brilliant...Obviously we made some changes and tweaks to it. It became this."

Williams is not the first celebrity to pay fashion homage to Joyner.

During a tribute to Black athletics stars at Halloween in 2018, singer Beyoncé wore a single-legged maroon leotard.

Her husband Jay-Z wore a tracksuit and gave black power salute, in a nod to Tommie Smith and John Carlos, who made the gesture at the 1968 Mexico Olympic Games to protest racial injustice after finishing first and third in the 200 metres.