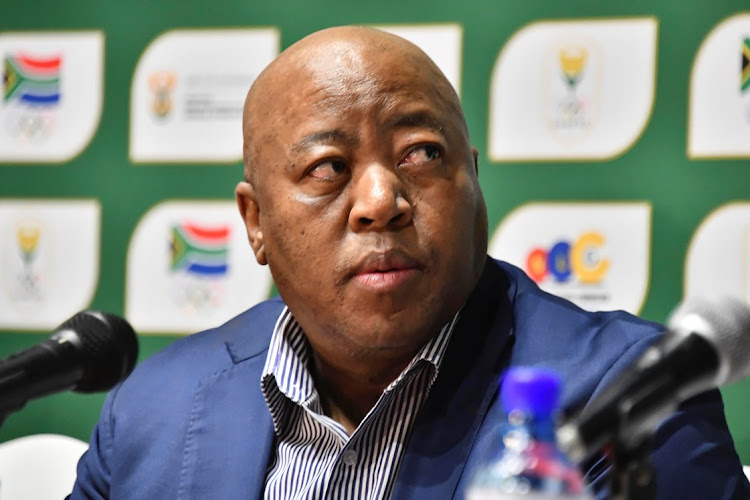 A battle for control of the Free State Sports Confederation (FSSC) is poised to play out in the CCMA arbitration of fired CEO Jerry Segwaba that is set to begin on Monday.

Segwaba, also the president of the Free State rugby union, had his FSSC post terminated in late 2019.

But last year the FSSC executive that pushed him out, headed by president Lucas Matobako, was itself dissolved by Free State sport MEC Limakatso Mahasa.

The SA Sports Confederation and Olympic Committee (Sascoc) described the MEC's move as illegal, and president Barry Hendricks has said they would “engage on a political level” with Mahasa and national sport minister Nathi Mthethwa.

The nine provincial sports confederations also came out in support of their Free State counterpart, pointing out they were non-government organisations and beyond the jurisdiction of provincial governments.

At the heart of the Segwaba CCMA case seems to be a 30-page management report by auditing firm Mazars which details a slew of corporate governance transgressions from 2013 to 2016, when Segwaba was both CEO and president.

Segwaba told TimesLIVE that he was fired as retaliation for accusing Matobako of double-dipping on an expenses claim for a trip to a Sascoc meeting in February 2018.

Matobako dismissed this as nothing more than an allegation.

Segwaba also suggested Matobako shouldn’t absolve himself from the Mazars report because he was on the FSSC executive during the period under scrutiny.

He also pointed out the Mazars document was a management report and not a forensic audit.

The Mazars report was completed alongside the audit for the year ending March 31, 2016, after spotting matters they believed “to be of significance to the accounts”.

Among the problems was that the president and CEO of the FSSC was the same person, which the auditors said was contrary to the codes of good practice of SA non-profit organisations because the CEO was accountable to the president and the executive.

Mazars also said no employment contract for the CEO/president could be found.

Segwaba’s presidency ended in 2016, with the election of the executive that has now been controversially dissolved, but he continued as CEO until 2019.

Procurement procedures were red-flagged, with supporting documentation sometimes not including any quotations, let alone the three required.

The auditing firm found a R2m shortfall in a service level agreement where the FSSC’s role was simply to transfer funds from provincial and local governments to Volleyball SA (VSA).

The agreement stated R10m, but actual funds moved were R8m. The Mazars report said Segwaba had explained at the time that the provincial government had made an error with their contribution and the Mangaung municipality was still to pay R1m, “but this was also never documented or captured in the financial statements as a receivable”.

“No detail could be provided as for the expenditure of the R8m paid from the FSSC’s account to VSA. The only detail available was two payments of R4m each out of FSSC’s bank account.”

— Supplier statements were either not received at all or “not received on a timely basis to perform period end reconciliations”;

— Financial interests of directors were not being declared properly, and in 2015 an executive member’s company supplied services to the FSSC, “but it was not noted as a related party transaction”;

— Executive meetings were not being adequately minuted, and in 2015 only three such meetings were held and no annual general meeting was arranged; and,

— The CEO had failed to maintain various policies, notably those on human resources including remuneration issues, and appointments and training of staff.

Mahasa dissolved the FSSC executive on December 1 and appointed an administrator because the organisation had failed to have its elections before November 30.

Administrator acts ahead of arbitration

She refused to recognise the special general meeting on December 5 that decided to hold a March 6 ballot. Mahasa also pointed out that the FSSC was late with its financial statements.

Matobako countered by accusing Segwaba of handing over financial access only in late 2019, although Segwaba denies this.

In the most recent development, the MEC’s administrator, Kagisho Moeca, wrote to the FSSC’s lawyers telling them to withdraw as the attorneys of record in Segwaba’s CCMA matter.

“The dissolved executive committee and president … no longer have the necessary authority to bind the FSSC or to furnish your office with any instructions on behalf of the FSSC,” he wrote.

“I want to caution your client not to utilise any government funding that was transferred to the FSSC for any legal expenses and failure to do so will lead to criminal action against the perpetrators.

“I will accordingly deal with both these matters going forward.”

Both Segwaba and Matobako said they intended being represented at the CCMA hearing on Monday.