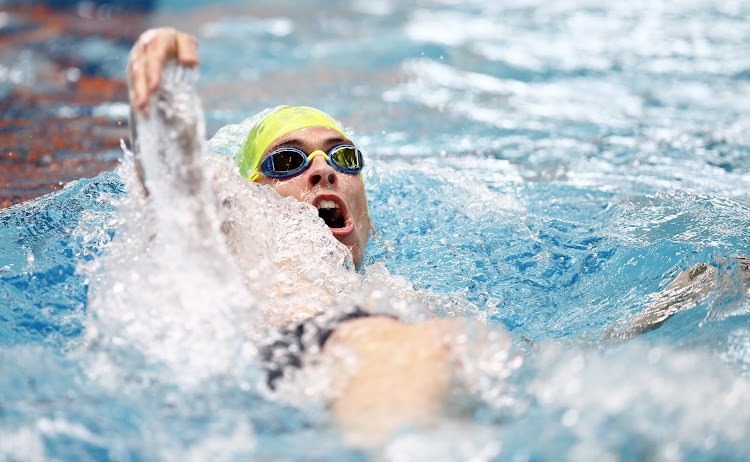 Swimmers and coaches are up in arms at the prospect that King’s Park pool in Durban is unlikely to stage the Olympic trials — for the first time in the post-isolation era.

Swimming SA will make a final decision on Friday‚ but already a provisional calendar has earmarked Port Elizabeth’s Newton Park pool for the national championships in early April.

The Eastern Cape venue‚ one of the few covered 50-metre pools in SA‚ isn’t good enough to host the gala that doubles as trials for the Tokyo Games‚ say swimmers and coaches.

For starters the space is far more confined and will present social distancing challenges.

But the real swimming issues is that the facility is not conducive to fast times‚ which is exactly what every Olympic hopeful is looking for.

Chad Le Clos‚ SA’s most decorated Olympian with four Games medals‚ recently told the Sunday Times that there were a couple of problems with Newton Park.

The 10-metre pool alongside Newton Park’s main pool was insufficient for warm-ups and swim-downs.

And the main pool’s shallow end is so shallow that Le Clos struggled to executive his tumble turns properly during the 2013 national championships there.

That gala ended in disaster with the water turning green. It was blamed on a broken pipe‚ although some coaches still insist it was the result of human error.

Every SA championship in Olympic year‚ dating back to the nation’s return to competition in 1992‚ has been staged at King’s Park‚ the premier aquatic venue in the country.

But the Durban pool has been struck by various problems. The heaters are defective‚ the lighting is under powered and the roof‚ which had a few million rands spent on it some six years ago‚ still leaks.

Coaches are blaming the national federation‚ and the administration is insisting its hands are tied. The eThekwini municipality hasn’t responded to questions sent to them more than a week ago.

“The uncertainty of the actual venue and the possibility that it will be Newton Park where you cannot warm up or swim down properly and the danger of the much more confined space inside is another hurdle that coaches and swimmers have to deal with [on top of trying to qualify]‚” said one coach.

It would be possible to put in temporary heaters and extra lighting at King’s Park to allow the gala to take place.

But an SSA official said it was illegal “to invest in a state facility”. “The report we have says the facility is not fit for competition.”

That outlook‚ however‚ is not sitting well with coaches.

“They’ve known for four to five years that we rely on King’s Park to present a suitable venue for Olympic trials‚” said one. “But once again they do not care one bit for people who put their lives on hold to prepare for years to represent SA at the Olympics.

“No respect for their athletes‚ no ability to do the basics right — just plan ahead and maintain a facility so that the swimmers can at least have a better chance to qualify.”

The problem with the heaters appears to have started after the first lockdown‚ and Le Clos made the point that pool officials had told him last year that King’s Park would be ready by November 2020.

His other concern was that once the weather cooled in Durban after trials‚ Tokyo-bound swimmers would have no heated 50-metre pools to train in.

Without King’s Park‚ they’ll be forced to prepare for the Olympics in 25-metre pools.​