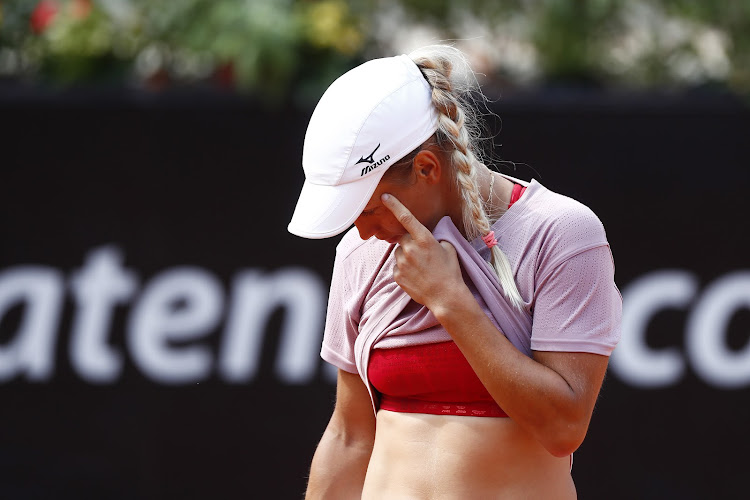 If going into strict quarantine ahead of next month's Australian Open was not difficult enough, Kazakhstan's Yulia Putintseva has to contend with an unwanted roommate in the form of a mouse.

Putintseva is among 47 players and their entourages who have been asked to isolate for two weeks in their hotel rooms after Covid-19 cases were reported on the two chartered flights that carried them to Melbourne.

The world number 28 who arrived on the flight from Abu Dhabi was already upset after claiming she was not told that all the players aboard the plane would be quarantined in case an infection was detected.

The condition of Putintseva's room in Melbourne has not helped calm the situation.

"Been trying to change the room for two hours already! No one came to help due to quarantine situation," Putintseva said in a post on Twitter that was accompanied by a video of the mouse scurrying about her room.

Been trying to change the room for a 2 hours already ! And no one came to help due to quarantine situation🤦🏼‍♀️ pic.twitter.com/LAowgWqw58

Some social media users have hit out at players complaining about having to strictly stay in hotels, prompting Swiss world number 12 Belinda Bencic to clear the air.

"We're not complaining to be in quarantine. We're complaining because of unequal practice/playing conditions before quite important tournaments," she tweeted.

Romanian Sorana Cirstea added: "People complaining we are entitled. I have no issues to stay 14 days in the room watching Netflix.

"Believe me this is a dream come true, holiday even.

"What we can't do is COMPETE after we've stayed 14 days on a couch. This is the issue, not the quarantine rule."

Other players who arrived in different planes are also undertaking a mandatory 14-day quarantine but are permitted to leave their hotels for five hours a day to train, raising questions about the integrity of the Grand Slam.

Australia is set to welcome about 1,200 players, officials and staff on 15 flights for the Grand Slam beginning on February 8.