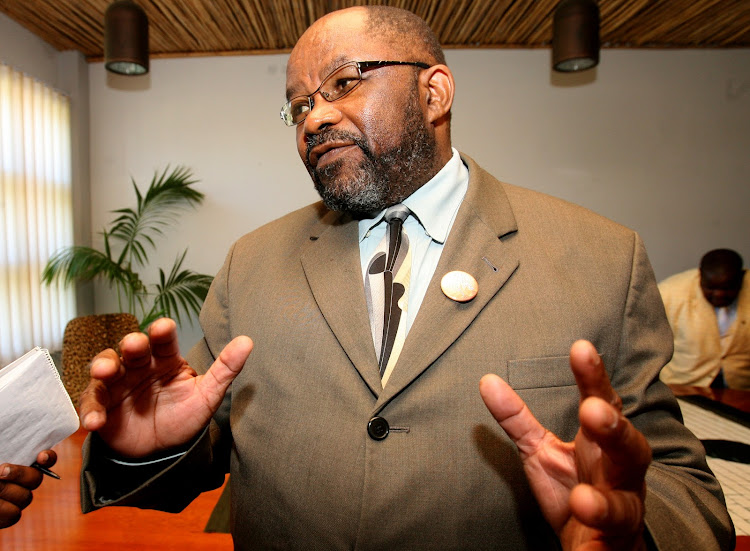 The SA Sports Confederation and Olympic Committee (Sascoc) has remembered the late Mluleki George as a “distinguished and decorated anti-apartheid icon”.

George‚ who held numerous leadership positions in sport and government‚ died at the age of 72 due to complications relating to Covid-19 leaving behind a rich heritage of achievements and contributions to the country’s landscape.

News reports have been that George died as a result of contracting Covid-19.

“One of South Africa’s most distinguished and decorated anti-apartheid icons has passed on at the age of 72‚” Sascoc said in a statement.

“Mluleki George has succumbed to Covid-19‚ leaving behind a rich heritage of achievements and contributions to the country’s landscape.

"He was a consummate politician and inspirational leader‚ with a decorated career in both the sporting and political arenas.”

“Among his many achievements‚ he played an integral part in the unification of South African sport in the early 1990s and he served as president of the National Sports Council (NSC) and United Border Rugby Union from 1991 to 2001.

“He also served as vice-president of the South African Rugby Football Union from 1993 until 1998 and he was also the interim chairman for the first year of the SA Football Association’s (Safa) existence between 1991 and 1992. He was also a member of the International Rugby Board from 1994 to 1997.

“In government‚ he served as South Africa’s Deputy Minister of Defence from 2004 to 2008 and he was the founding member of political party Cope (Congress of the People).

“Sascoc‚ on behalf of its membership and the sports movement‚ pays tribute to one of our most revered and iconic sports administrators and leaders.

"May his soul rest in well-deserved peace.”