Leotlela determined to force his way into Olympic reckoning 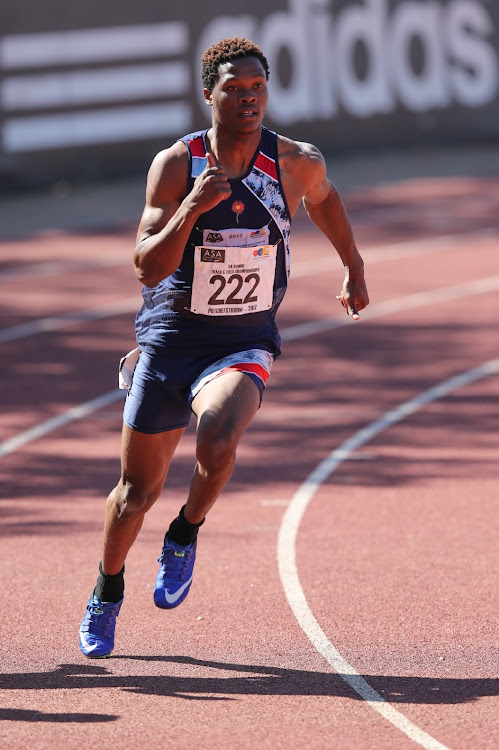 SA’s top athletes welcomed the Athletics SA (ASA) calendar for next year and are ready to make up for wasted time. It has been a frustrating year as athletes were not able to compete and qualify for the Tokyo Olympics next year.

ASA announced a preparation squad for the Games last month, and the athletes have something to look out for in the new year. Big-name stars such as Stephen Mokoka, Elroy Gelant, Mapaseka Makhanya, Gift Leotlela, Clarence Munyai, Collen Mulaudzi, Ivertte van Zyl, Sibusiso Nzima and Charne Bosman are looking forward to the new season.

The SA senior track and field championships will take place at the Pilditch Stadium on the weekend of April 16-18. All athletes must take part in the annual three-day event.

The SA championships for the under-18 and under-20 will take place in Paarl, Western Cape, on the weekend of April 8-11. It will give ASA the perfect opportunity to select a strong squad for the Olympics. From the same event, ASA will also select a relay team for the world championships in Poland in May.

Leotlela, who did not make the preparation squad, said he would use the opportunity to force his way into the team. “The new season cannot come soon enough. I am ready and looking forward to making my final push to qualify for the Olympics,” said Leotlela.

Makhanya will try her luck in the marathon and the 5000m. “I am ready, and it is about time for the new season to start. We have something to look forward to next year,” she said.

Mulaudzi will also do the 5000m and 10 000m as he hopes to make the trip to Japan. Munyai said he is ready and waiting for the new season to start. “I miss the track and want to go out there and race my best race. I am ready for the 200m and confident that I will qualify for the Olympics,” he said.

ASA president Aleck Skhosana said any athlete that misses the senior champs would have to submit a medical report or give a valid reason. “It is compulsory to compete in the SA champs. Our final team is selected based on the championships,” he warned.

Four-time Olympian Khotso Mokoena wants to venture into sports administration. The 2008 Olympic silver medalist is running for the proposed position ...
Sport
10 months ago
Next Article