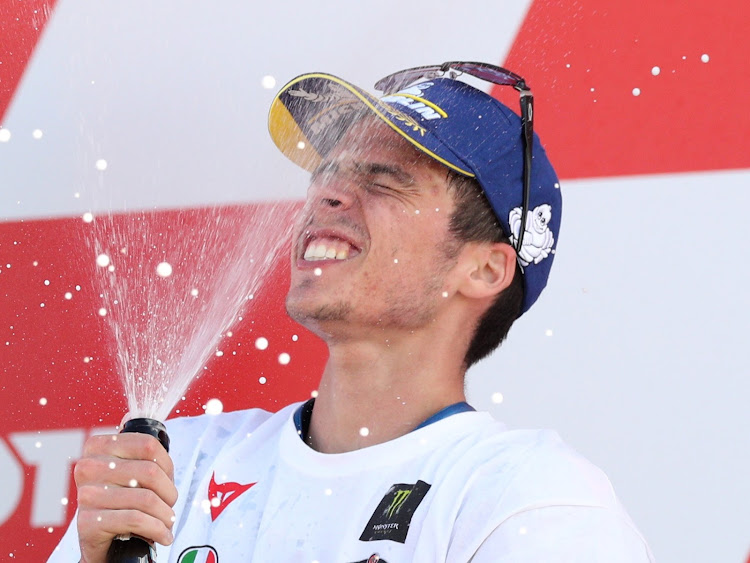 Mir began the race with a 37-point lead over his closest challengers Fabio Quartararo of Petronas Yamaha and Suzuki team mate Alex Rins, and secured a fourth successive top-10 finish from 12th on the grid to emulate American Kenny Roberts Jr., who won the riders' championship for Suzuki in 2000.

With one race to go, Mir has an unassailable 29-point lead over Petronas Yamaha's Franco Morbidelli, who withstood a spirited challenge from Pramac Racing's Jack Miller to seal his third victory of the season.

Mir's Suzuki team mate Rins, who qualified in 14th, stormed out of the blocks to make up seven spots in the first two laps as he battled to keep his title hopes alive.

But the Spaniard managed only a fourth-place finish, leaving him 33 points behind Mir.

Quartararo's title challenge ended with a whimper as the Frenchman crashed out of the race on lap nine after starting from 11th.