Athletics boss dusts himself off after Sascoc loss 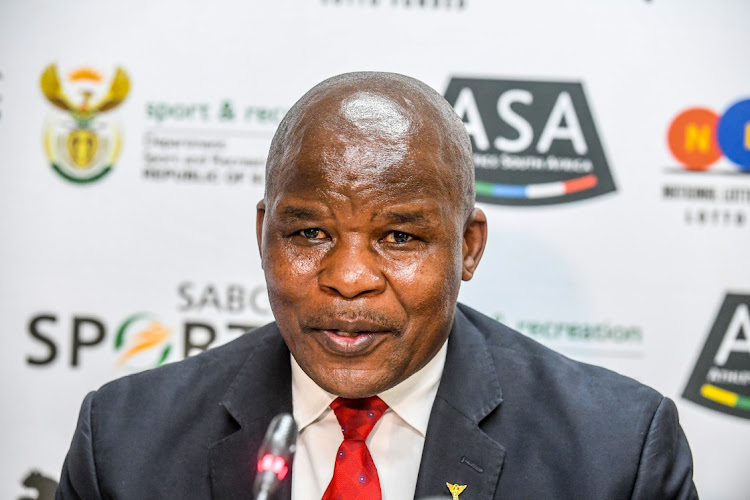 After losing in his bid to become the SA Sports Confederation and Olympic Committee (Sascoc) president, Athletics SA (ASA) president Aleck Skhosana has accepted his defeat at the weekend.

When Barry Hendricks was elected as the new Sascoc president, Skhosana did not only lose out on the top job but he also lost his vice-presidency and board member positions in SA's Olympic movement at the weekend.

The KwaZulu-Natal-born administrator said he will turn over his disappointment and use his energy to improve circumstances in his sport, athletics. He suffered a heavy defeat, finishing third with just 15 votes out of 159, with Hendricks topping with 81 and second-placed Swimming SA president Alan Fritz getting 58.

“I have accepted my fate. Athletics is back, and we are preparing for the Olympic Games. We are into the first week of competitions around the country, and that is where my focus is. I have accepted my defeat and no longer want to talk about Sascoc,” Skhosana said.

Barry Hendricks has been elected as the new president of the SA Sports Confederation and Olympic Committee (Sascoc).
Sport
1 year ago

He had the feel of the hotly contested Sascoc's top post when he took over in acting capacity when then acting president Hendricks was suspended for five months for alleged conspiracy earlier this year.

He and his associates within the Olympic organisation had tried to block Hendricks' presidency candidature until the International Olympic Committee (IOC) cleared Hendricks to contest the elections.

“We are calling on all athletes to come out and test themselves, they have been at home for six months doing nothing, and it is time for them to gauge their fitness.”

ASA announced a preliminary team for Tokyo Olympics, and Skhosana urged those not on the list to fight for places in the final team to be announced next year.

“No one will [simply] walk into the squad. The door is still open,” he added.