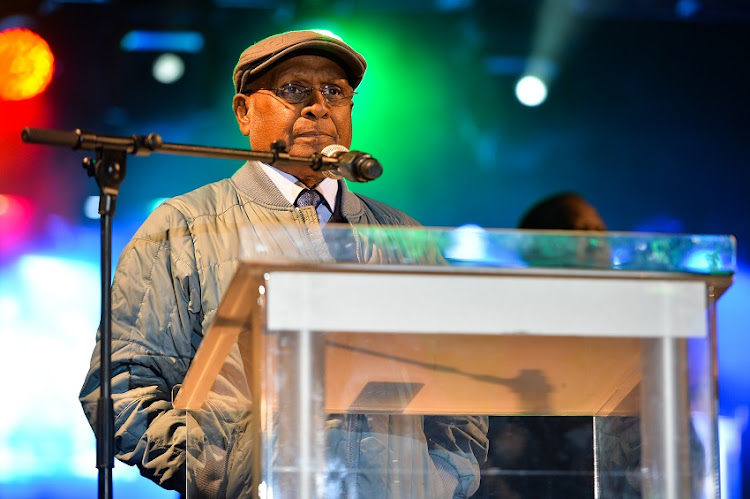 The SA Sports Confederation and Olympic Committee (Sascoc) board has scored a victory of sorts in its controversial arbitration against the organisation’s general assembly.

But it suffered two black eyes getting it.

The board‚ controlled by five members‚ had objected to the general assembly voting to halt disciplinary action against acting president Barry Hendricks at a special general meeting (SGM) in September.

The Sascoc board ignored them.

The arbitrator‚ Timothy Bruinders SC‚ on Friday ruled in the board’s favour — effectively against the IOC and IPC‚ although they weren't part of proceedings — saying that the general assembly “was not empowered to cancel the disciplinary proceedings instituted against … Hendricks”.

But he was critical of the board for the manner in which they had instituted the disciplinary proceedings‚ suggesting it had been unlawful.

He also shot down their claim that the SGM had discussed the Hendricks matter unlawfully because it hadn’t been placed on the agenda ahead of the meeting.

The second point was a technical issue in the arbitration‚ with Bruinders pointing out that the Sascoc constitution allowed for items to be added at a meeting.

But it had been a major issue for some board members who used it as proof that Sam Ramsamy‚ the election facilitator appointed by the IOC‚ had flouted the constitution‚ which in turn underpinned their argument that the elections‚ scheduled for Saturday‚ would not be free and fair.

“Article 15.3.2 [of the Sascoc constitution] provides that a general meeting may deal with business of which members have not been given notice‚ provided that a majority of a properly constituted meeting agree to do that‚” the arbitrator wrote.

“It is undisputed that at the start of the SGM‚ a majority agreed that the meeting should debate and decide whether to cancel the disciplinary proceedings against … Hendricks.”

Bruinders went on to rule that the general assembly did not have the right to cancel a disciplinary hearing instituted by the board‚ even if it had been set up unlawfully.

The arbitrator said Hendricks had been facing five charges‚ three relating to an allegation that he had conspired to block Tennis SA board member Ntambi Ravele from standing in the Sascoc election.

“The first three charges appear to me to be irregular‚” Bruinders wrote.

“An independent investigation resulting in an arbitration has found that the allegations relating to Ms Ravele do not warrant a disciplinary hearing.

“The disquiet in the [general assembly] over the institution of these charges is warranted.

The other two charges against Hendricks were not related to the Ravele matter.

“They [the charges] may even have factual support‚” said Bruinders. “But why did the board not follow the same procedure it did with the allegations [by] Ms Ravele?

“The rules of natural justice do not permit the board to decide whether allegations by the board against one of its members‚ warrant a disciplinary hearing. It would be unlawful if it did.”

He ruled the board was not empowered “to decide whether or not to discipline a member of the board”.

Such allegations had to be investigated by an independent body. Sascoc’s judicial body probed Hendricks‚ but after it transpired the body had not been properly constituted‚ the board revoked its authority and decided to press on with the disciplinary itself.

The SGM was held soon after this.