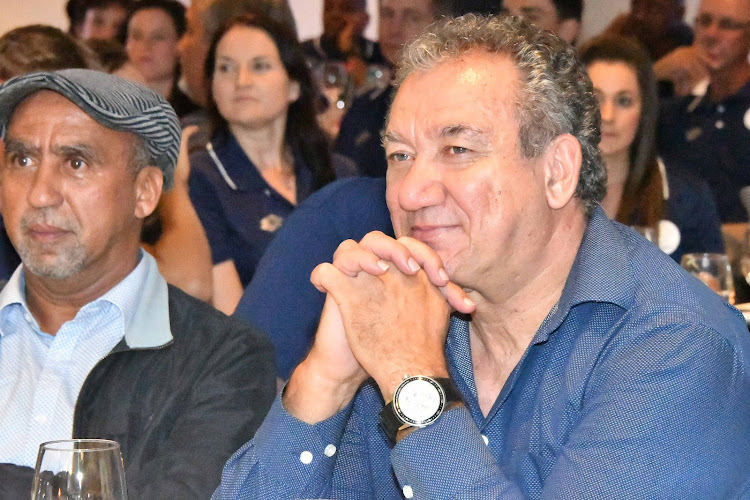 Barry Hendricks says he wants to get Sascoc back on track.
Image: Wessel Oosthuizen/Gallo Images

The Sascoc versus Sascoc showdown that forced the intervention of the International Olympic Committee (IOC) is an embarrassment‚ says Barry Hendricks‚ acting president of the SA Sports Confederation and Olympic Committee (Sascoc).

The IOC and the International Paralympic Committee (IPC) stepped in on Friday to warn Sascoc board members to back off after they had declared a dispute with the body’s general assembly over resolutions taken at the special general meeting (SGM) last month.

They were objecting to the vote at the SGM where Hendricks‚ who had been suspended since mid-April‚ was reinstated as acting president and disciplinary action against him was scrapped.

In a sternly worded letter the IOC and IPC warned them to withdraw the action “without any further delay” or they would “take further measures”.

In a letter to the sports bodies making up Sascoc‚ Hendricks wrote on Friday: “You will by now have been informed of the letter from the IOC/IPC. This is an embarrassment for Sascoc. I apologise and regret that we have reached this point in our sporting history.”

He was responding to a letter sent by Canoeing SA earlier in the day‚ telling the board members they wouldn’t go to arbitration. They also named 54 other federations that objected to the board taking on the general assembly.

“While I was part of the sport struggle we always spoke of the will of the people‚” wrote Hendricks. “Now you have coalesced the federations into the will of the general assembly.

“It makes me so proud to be part of this movement and this moment in history.”

Hendricks is a lone voice on the Sascoc board‚ which has six vacancies following retirements and resignations.

The IOC and IPC want the overdue election to go ahead at the Sandton convention centre as planned on November 7.

The board members felt that the manner in which the Hendricks vote at the SGM had been placed on the agenda and then voted on was unconstitutional.

“The process and next steps leading to the Sascoc elections were agreed and approved at [the SGM]‚” said the IOC and IPC.

“Consequently‚ this legal action has no objective reason to be pursued‚ and we are calling upon all members of Sascoc to act responsibly and in good faith‚ and simply respect and implement the sovereign and democratic decisions of the general assembly.”

SA missed seven Olympic Games from 1964 to 1988 after being isolated because of apartheid‚ and some insiders fear the IOC and IPC are not far from kicking the nation into touch once again.

“We sincerely hope that everyone will support this approach and that any parallel action aimed at disrupting [the election] process will be withdrawn without any further delay‚ failing which the IOC and IPC will reserve the right to take further measures.”​