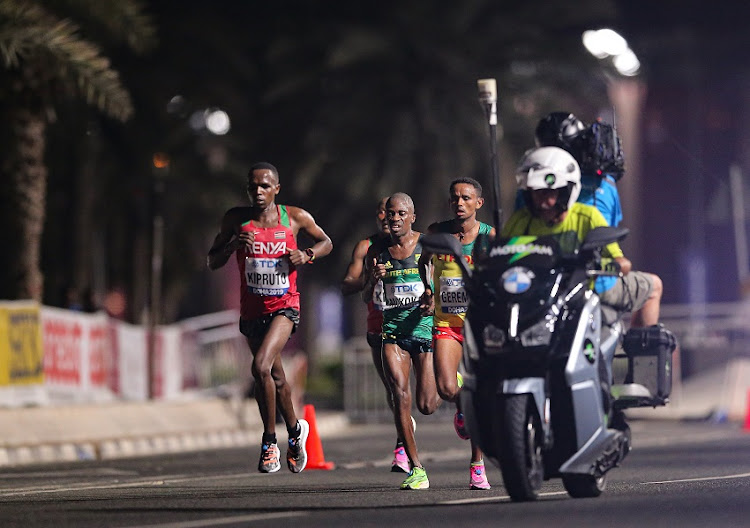 Stephen Mokoka of South Africa in the mens Marathon during day 9 of the IAAF World Athletics Championships at Khalifa International Stadium on October 05, 2019 in Doha, Qatar.
Image: Roger Sedres/Gallo Images

Stephen Mokoka spearheaded SA’s group of self-funded athletes to fifth place in the men’s team event at the world championships in Gdynia, Poland, on Saturday.

He clocked 59min 48sec to smash 15 seconds off his own national half-marathon record in Buenos Aires last year, finishing seventh in the individual race.

“Given the background of their preparations, we are very grateful for the achieved performances from all our athletes,” Athletics SA (ASA) president Aleck Skhosana said in a statement issued by the federation.

TimesLIVE understands that all four athletes paid their own way over.

ASA, which had previously decided not to send a team to this event citing fears of the Covid-19 pandemic, agreed to enter the athletes who were keen to make their own way there.​