MEC says there may be another round of payments, but athlete is skeptical 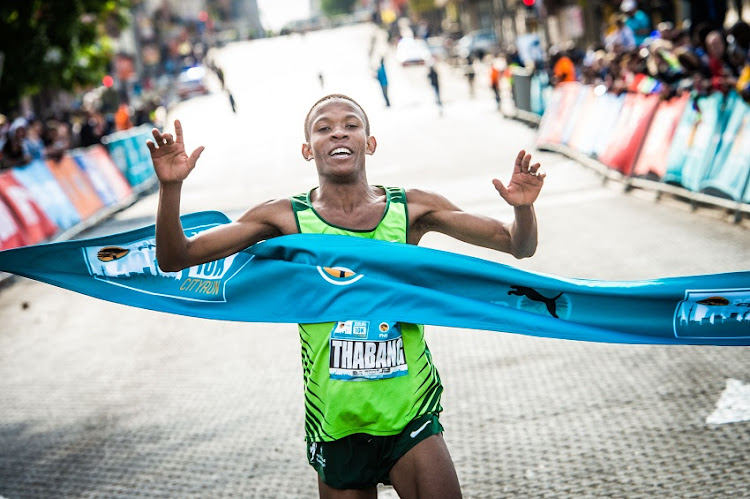 Long distance runner Thabang Mosiako is a frustrated man. The 25-year-old Potchefstroom-based star says he is struggling to provide for his wife and two children due to the impact caused by the Covid-19 pandemic.

Mosiako, who is coached by Charles Monaheng, is still recovering from the disappointment of missing out on minister of sports Nathi Mthethwa’s Covid-19 relief fund meant to help artists and athletes.

Some athletes received R20,000 each from the minister’s office, but Mosiako is frustrated and has questioned the process. “As far as I know I am an international athlete and regularly represent my country. But it broke my heart to see fellow athletes smiling to the bank to withdraw the funds while I was helpless. It still pains me that I didn’t get the money while I applied for the funding,” said Mosiako.

Athletes can't wait to get back on track

SA's renowned athletics coaches Michael “Sponge” Seme and Jean Verster are hard at work preparing athletes for the potential return of the sport.
Sport
1 year ago

His wife Nthando gave birth to their daughter Dimpho in January, and they also have a three-year-old son, Mpho. Mosiako was supposed to run at a few meetings on the continent and abroad to make money to support his family. But the virus put a stop to all his plans as Athletics SA (ASA) cancelled all its competitions.

The Boxer running club member is grateful for the little that he gets from his club to keep him going. “I don’t have an education, and don’t have a job and rely on the money that I get from running to support my young family. If I did not receive a stipend from Boxer, I would have died of hunger,” he said.

North West MEC Virginia Tlhapi said she might pay artists and athletes their relief fund money this week. But Mosiako is not sure if he will get the money or not. “I’m always representing my country and province, but I don’t want to raise my hopes anymore. What if I don’t get the money? I applied, but I will believe when I get it,” said Mosiako.

He has not stopped training, and he will work hard with his coach to prepare for next season. “My biggest wish is for ASA to open the sport again. Athletics is a non-contact sport, and we can do with the necessary measures put in place. Soccer, netball and rugby are back, but why not athletics?” he asked.