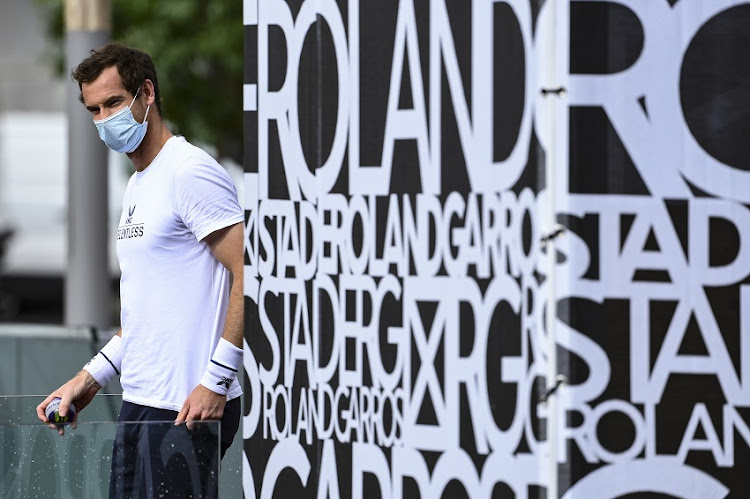 Andy Murray of Great Britain prior to a training session at Roland Garros on September 25, 2020 in Paris, France.
Image: Martin Sidorjak/Getty Images

Andy Murray said a delay in receiving his COVID-19 test result on his return to Britain made him wait to seek treatment for a pelvic issue, but he was fit ahead of the French Open, which begins on Sunday.

Murray reached the second round at the U.S. Open this month in his first Grand Slam after hip surgery last year, but after developing a pelvic issue at Flushing Meadows the 33-year-old had to wait for a few days at home before meeting his doctor.

The BBC reported a scan later showed Murray had tendonitis of the psoas - a muscle which runs from the lower back to the top of the leg.

"We had to get a (COVID-19) test when we got back from New York and test negative before we could leave the house," Murray was quoted as saying by the BBC on Friday.

"There was a bit of an issue with my test. It took five or six days to come back, so I was in my house and I couldn't get that checked out."

Former world number one Murray, a finalist at Roland Garros in 2016, said he had since been practising without discomfort having arrived in Paris for the year's final Grand Slam.

"Once I started practising on the clay, I actually felt pretty good. I've been playing, I think, quite well," Murray, who received a wildcard entry to the French Open, said.

"Usually, it feels like it takes quite a long time to get used to the surface again, and it didn't feel like it had been three and a bit years since I had last played on it. It was better than what I expected."

Murray will meet Stan Wawrinka in the first round at Paris.